Gold, silver and bronze medallions are awarded to first, second, and third place winners of each category of flight flown at IAC Championship events.

The trophy is presented in accordance with "IAC Official Contest Rules". Currently, those rules call for the trophy to be awarded the Chapter whose top three (3) members, regardless of category, achieve the highest average score, in terms of percentage of points possible. That percentage is based on all flight programs in that category. In the event of a tie, those Chapters' next highest placing competitor's scores will be used. details

Conceived and donated by the South African Aerobatic Club. The trophy is named after a South African aerobatic pilot who lost his life shortly after flying at Fond du Lac, WI, the site of the IAC Championships in the early 1980's. The trophy is presented to the highest placing pilot, regardless of category, who is not a U. S. citizen or resident. It is presented only at the IAC Championships. details

Presented to the winner of the powered Unlimited category at the IAC Championships. The award is named after veteran aerobatic pilot Harold Krier of Ashland, Kansas who was the 1968 U. S. National Aerobatic Champion and a U. S. Aerobatic Team member. He lost his life in 1971. details

Awarded to the first place winner of the Four Minute Free Program in the Unlimited category at the IAC Championships. The trophy was conceived by Mrs. Carol Allan. Her husband, Keith Allan, was killed in an accident in his Pitts in 1981. He was flying in Unlimited category at the time. Keith had begun his contest career in 1973 and was a member of IAC Chapter 24 in Dallas/Ft. Worth. One of his favorite flight programs was the Four Minute Free. details 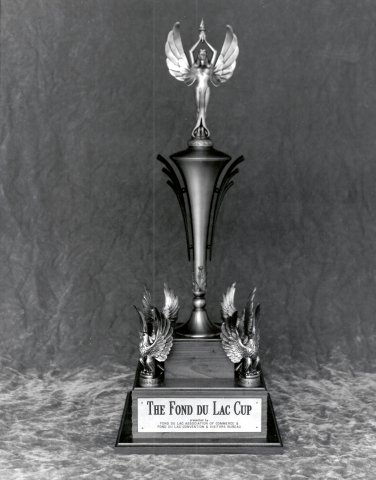 Awarded to the first place winners of the Sportsman, Intermediate, Advanced, and Unlimited categories at the IAC Championships. These awards were conceived by Carl F. Bury and donated by Aviat Aircraft of Afton, Wyoming. details

(trophy given to the individual winners)

The award was conceived by Carl F. Bury and donated by Aviat Aircraft of Afton, Wyoming. Presented to the pilot at the IAC Championships who scores the highest percentage of possible points during that year's competition. It is open to all categories. details