Pilots competing in all U.S. National Championships power and glider categories – Sportsman through Unlimited – are eligible to win these awards:

Gold, silver and bronze medallions are awarded to first, second, and third 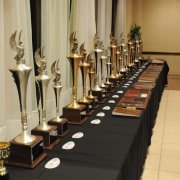 place winners of each flight program of each category.

First place winners of each category since 1968. details 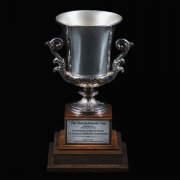 Presented to the winner of the Four Minute Free Program at the U. S. National Aerobatic Championships annually. The trophy was conceived and donated by Mrs. Florence Schnuerle, Bob's mother. Bob was a pilot on the 1970 U. S. Aerobatic Team, coached the Team in 1972, and lost his life in an accident in a Pitts Special in September 1973, practicing for the U. S. Nationals. He was extremely popular with his fellow pilots. One of his favorite programs was the Four Minute Free. details 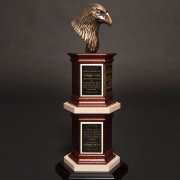 flights in any category. details

Awarded the Chapter whose top three (3) members, regardless of category,

achieve the highest average score, in terms of percentage of points possible. details