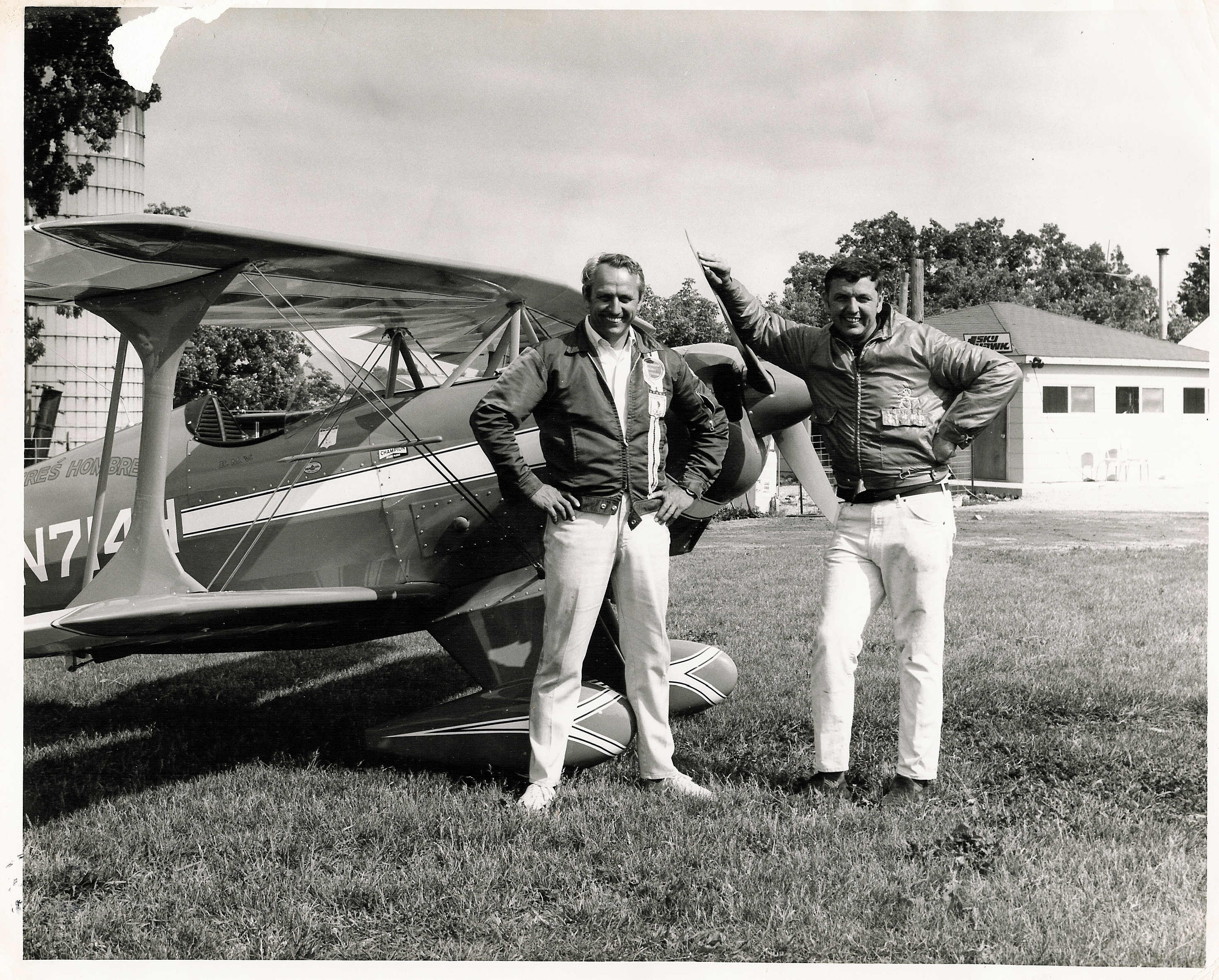 The EAA Sport Aviation Halls of Fame were established to honor the outstanding achievements of men and women in aviation who share the spirit of EAA and its community. Those inducted into the hall of fame are selected by their peers for the myriad of contributions made to their respective areas of aviation.
Bringing together EAA's boards of directors, divisions, affiliates, and councils, the hall of fame is a tribute to the pioneering spirit and innovation that has marked the evolution of flight, a spirit that is nurtured and promoted throughout EAA's membership. The event also reunites past honorees to celebrate their collected achievements.
Verne Jobst has been selected by the IAC Hall of Fame committee and the Board of Directors to be inducted into the International Aerobatics Hall of Fame. The official ceremonies take place at the EAA Aviation Museum in Oshkosh, Wisconsin.3000 Poberezny Road, Oshkosh, WI 54902
Photo - Verne Jobst left with aircraft ownership partner, Bob Davis in 1971.