The 50th Anniversary of the International Aerobatic Club 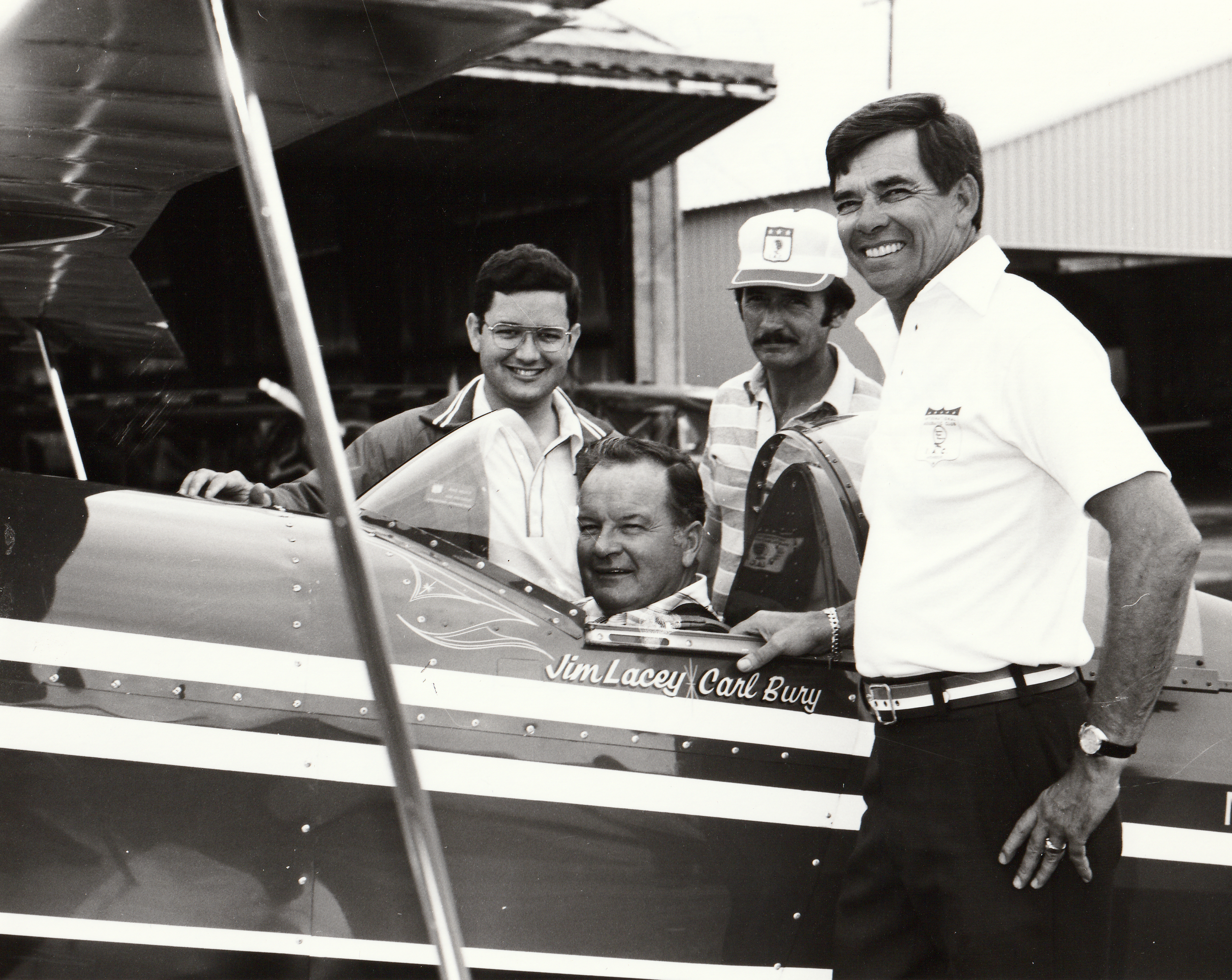 2020 marked the 50th anniversary of the International Aerobatic Club. It has been an amazing five decades from the early meetings where the club was formed and its founding principles were hammered out, to creation of new programs and plans for IAC that have made it a success for all these years. We weren't able to celebrate in person at AirVenture, but looking forward to being there this year with our 50th year anniversary exhibit.
The aerobatic division of the EAA, first called the "Precision Flying Division",  was headed by Bill Dodd of Prairie View, Illinois. Its purpose was to promote safety and to be a central point for pilots to join with each other in sharing information. The Precision Flying Division continued until 1969. By the Fall of 1969, Bob Heuer and Don Taylor approached Paul Poberezny about forming a new, formal organization with the EAA structure that went beyond what had previously been done and to begin building membership, new programs, chapters, and competitions. It was to be what the IAC founders called a "grassroots" organization - a part of IAC's culture that has survived to this day.
The IAC currently has 40 chapters scattered throughout the United States, Alaska, Argentina and Norway. The chapters are the foundation of the organization hosting aerobatic judge schools, practice days, open houses and 38 sanctioned contests in 2019. Chapter locator. In light of the IAC's aerobatic endeavors around the world, it is easy to think that its main concern lies in major competitions. Though they are an important part of the IAC competition activity, the true story of the IAC's grass roots efforts lies in the regional competitions it sanctions each year.
IAC members enjoy many benefits of membership some of which are; an aerobatic judges school program, the Achievement Award program (acheivements recognized in non-competition and competition environments), the Collegiate program, government relations representation, a safety committee providing technical and safety tips, and scholarships for aerobatic and upset training.

EAA AirVenture will run on the following dates: Monday, July 26 through Sunday, August 1, 2021

The IAC Aerobatic Center at AirVenture will operate as follows:

Additional air show information will be added to the schedule as it is confirmed: EAA AirVenture 2021 Air Shows

A full range of seminars and forums will also be held during the course of the week. Seminars will take place at the IAC Vicki Cruse Educational Pavilion at the IAC Aerobatic Center from Tuesday, July 27 through Friday, July 30 starting each morning at 8:30am.  A full schedule has been finalized here: LINK

IAC will hold its a IAC Annual Membership meeting in the Vicki Cruse Educational Pavilion at the IAC Aerobatic Center at 8:30a.m.

The IAC member gathering and dinner will be held at the EAA Nature Center from 6:00p.m. to 8:00p.m. Both on Friday, July 30.  Space is limited to 168 chairs, please make a reservation: IAC Annual Membership Meeting July 30 | International Aerobatic Club

The 2021 NOTAM which describes AirVenture arrival and departure procedures can be downloaded in a digital version of the NOTAM at www.EAA.org, or order a free printed copy via that website or by calling EAA Membership Services at 800-564-6322.

The NOTAM describes the sign that pilots should bring in their airplanes with “IAC” printed in bold letters. This sign will be shown to EAA Parking personnel so they can direct you to the IAC parking area. It is a simple and efficient system for printing and carriage in your aircraft. Pdf of a sample sign is attached at the bottom of this page for printing.

IAC Aircraft – Bring Your Own Tie-Downs

All aircraft must be tied down and EAA Parking advises us that the best solution is to bring your own tiedowns. Tiedowns are available commercially at the AirVenture site and loaners are also available from EAA, but these sources cannot be counted on if arrivals are “after hours” or supplies run low. Please plan to bring your own equipment. EAA has the “Claw” tie-down device on sale and comes highly recommended.

After being directed to the IAC Parking area by EAA Parking personnel (showing them your “IAC” sign will assist them), pilots should proceed to the IAC Aerobatic Center to check in with IAC personnel, let us know you have arrived, and to sign our Guest Book.

All aircraft should be registered with EAA Aircraft Registration as well and directions will be provided at the IAC Aerobatic Center if you are not familiar. 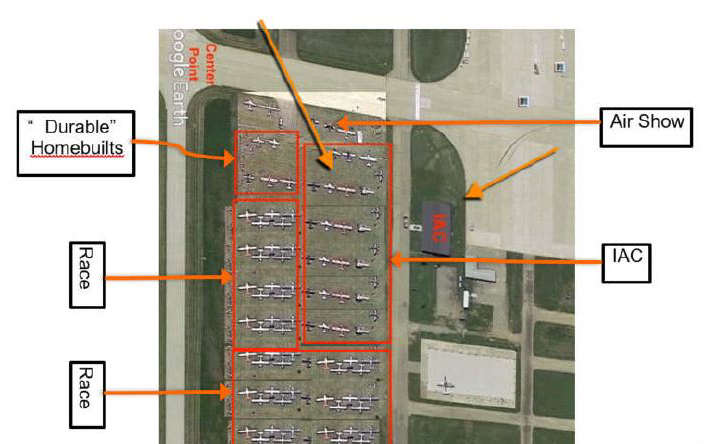 CAN'T MAKE IT TO AIRVENTURE?