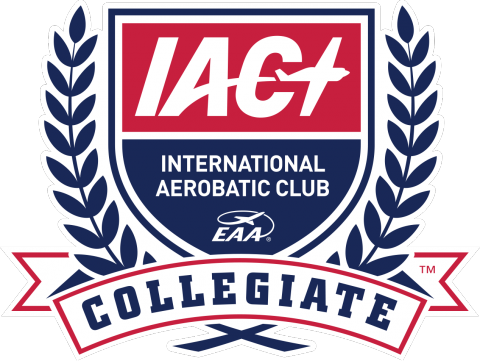 The purpose for the program and awards is to increase the flying safety and interest level of collegiate pilots in aerobatics, aerobatic competition, and the International Aerobatic Club (IAC). Additionally, this program is intended to be a springboard for competitors to continue their pursuit of competition aerobatics upon leaving the collegiate environment. Two awards exist, which serve to recognize skill and proficiency for the Collegiate aerobatic competitor: the "Collegiate National Championship Team Award" and the "Individual Collegiate National Champion Award."

The program is intended to encourage interest in aerobatics through Collegiate Competition among college age students. Safety is always first and foremost in priority. Second is the inclusion of as many college age student competitors as possible. It is the intent of this program to sharpen pilot skills in the categories where they can be the most rewarded in terms of pilot ability and collegiate recognition. Rules are intended to encourage as many students as possible to participate and for those students to safely fly in as many competitions as their schedules permit while recognizing the aerobatic achievements of the competitors.

Safety pilots are encouraged as permitted by IAC rules. Only the scores of the highest contests and individuals are used. Students are eligible for contests flown in the season before beginning college and the season following graduation within that calendar year.

A qualified collegiate team competing for the Collegiate National Championship Team Award must:

A qualified collegiate competitor competing for the Individual Collegiate National Champion Award must:

First, second and third place team trophies will be awarded to the university of these winning collegiate teams.

Individual trophies will be given to the top three highest scoring individual collegiate award winners.

Individual and Team trophies will be presented at the annual members gathering held in Oshkosh, Wisconsin during EAA Airventure.