Sponsors of the 2022 US National Aerobatic Championships

In November 2021, the Toulouse France facility received PART 21 Subpart G approval and launched final assembly of its first series aircraft. The Integral R is a two-seater with combustion engine and conventional train; this aircraft has aerobatic capabilities. The company also produces the Integral S, which is also a two- seater with internal combustion engine and tricycle train, the Integral E with electric propulsion and the ERA the 19-seat regional transport aircraft with electric propulsion. https://aura-aero.com/en/

Walter Extra has always viewed aviation from his own special perspective. As one of the world's most successful competitive aerobatic pilots, he decided in the 1980’s to design and build his own aircraft. What began as an experimental one-man operation has since grown into an international success story. Today, that initiative has become the championship-based EXTRA aircraft line-up, including the aerobatic EA-200, EA-300L, EA-300LP, EA-330LT, EA330LC, EA330LX and EA-330SC aircraft. Each design masterfully blending performance and economy with the pure joy of flying. https://www.extraaircraft.com/

Para-Phernalia, Inc. have been designing and manufacturing the SOFTIE line of pilot emergency parachutes since 1979. These emergency parachutes are highly regarded for their quality, comfort and reliability. Each of the seven various SOFTIE models are customizable to best suit an individual pilot’s needs whether they fly powered aerobatics or any other type of aircraft.  http://www.softieparachutes.com/(link is external)

MT-Propeller Entwicklung GmbH was founded in 1981 by Gerd Muehlbauer and is well known in the world of general aviation as the leading manufacturer of natural composite propellers for single and twin engine aircraft, airships, wind tunnels and other special applications.

Since 1968 Gerd Muehlbauer has been working intensively as chief engineer in composite propeller design and development. MT-Propeller operates out of its main office at the Airport Straubing-Wallmuehle (EDMS)(link is external) in Germany, where highly skilled people are producing the highest quality of natural composite propellers.
For U.S. and Canadian customers there is an MT-Propeller Service Center in DeLand, Florida and several authorized service stations throughout the whole world.

Sponsor for the pilot shirts - MX Aircraft Co. specializes in the production and sales of the MX2 and MXS line of Sport, Aerobatic and Race aircraft.

The company was founded in 2001 to design and build the next generation aerobatic monoplane. The MX came about after the kit build Giles Aircraft was bought out and then morphed in to the current much improved MX2 Aircraft. From there the MXS was developed lifting the benchmark for aerobatic aircraft. 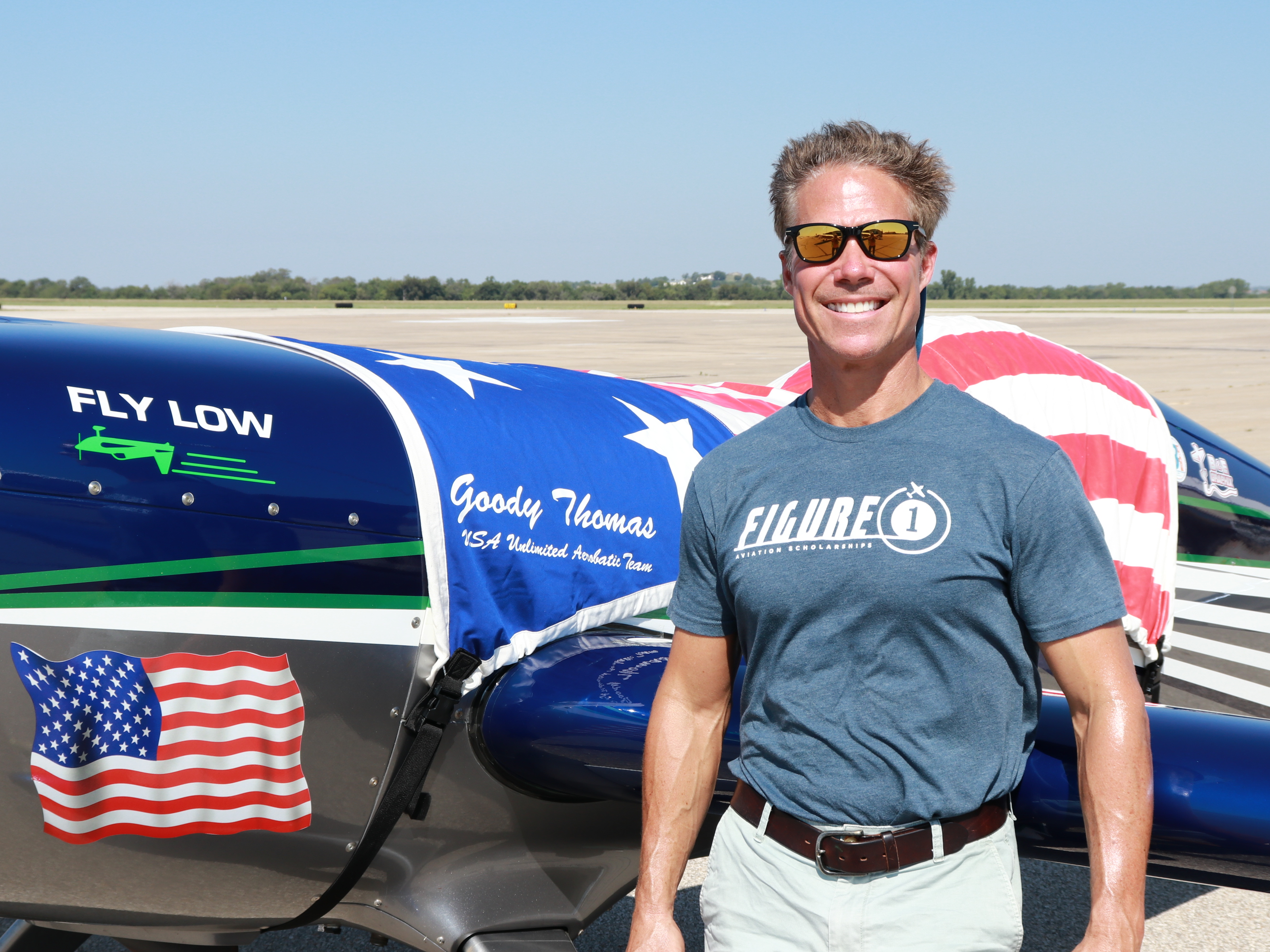 Goody Thomas. Goody is an IAC member from South Carolina. Ever since he was a young boy, Goody has been extremely passionate about aviation in particular aerobatics. He began flying acro at the age of 23 Pitts S-2B. Over the course of his aerobatics career, he has won numerous gold medals in the unlimited category. Also, 5-time member of the United States Nationals team and named team captain, placing in the top ten multiple times on individual flights at World Championships. In 2011, Goody was the recipient of the Charlie Hillard Award for being the highest scoring United States pilot at the WAC. 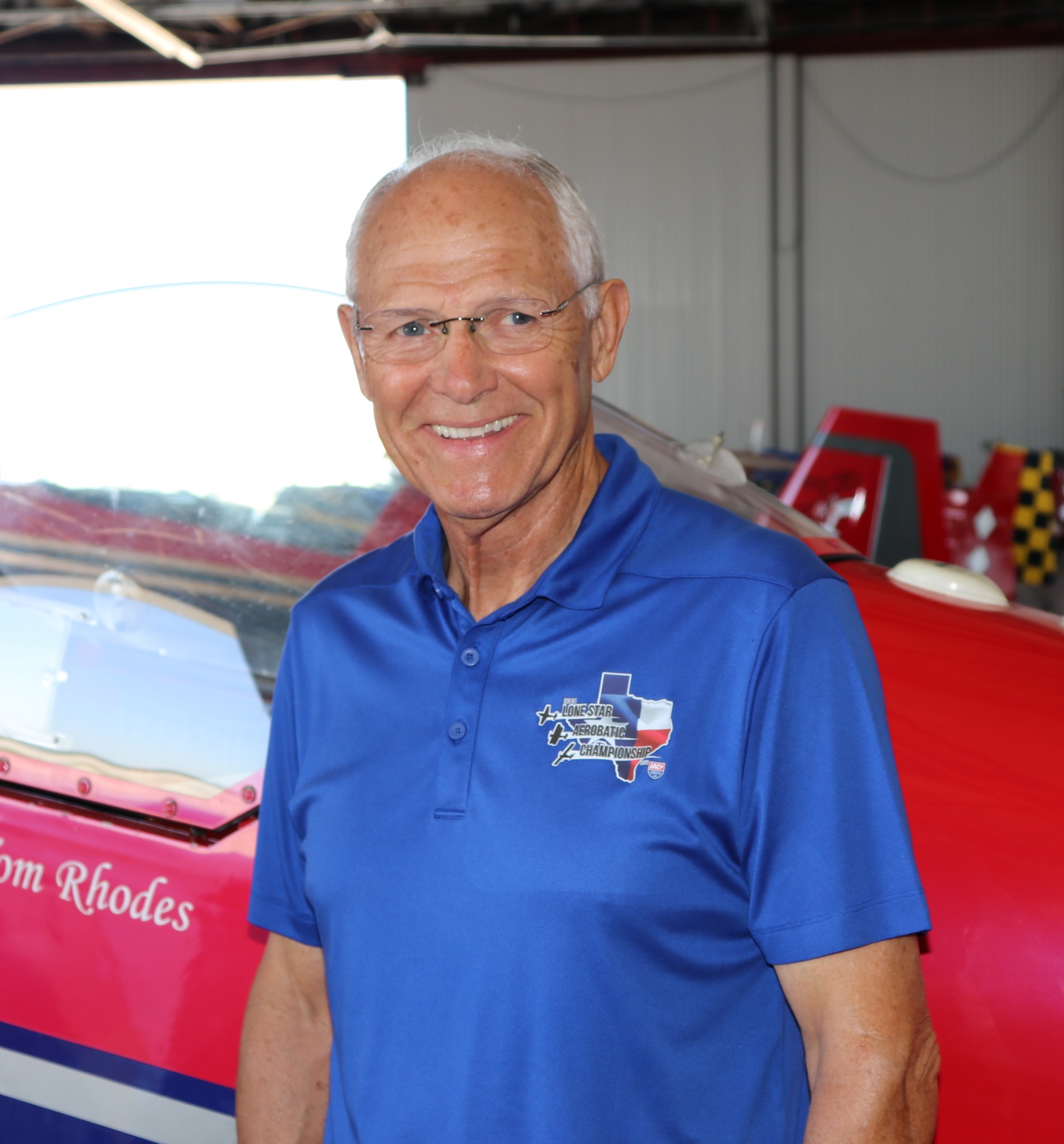 Tom Rhodes is an active member, pilot and contest judge of the International Aerobatic Club. Tom has numerous IAC awards including first place trophies at the U.S. National Aerobatic Championships in Intermediate and Sportsman categories. In the past he has served on the IAC Board of Directors as the South Central Regional Director. 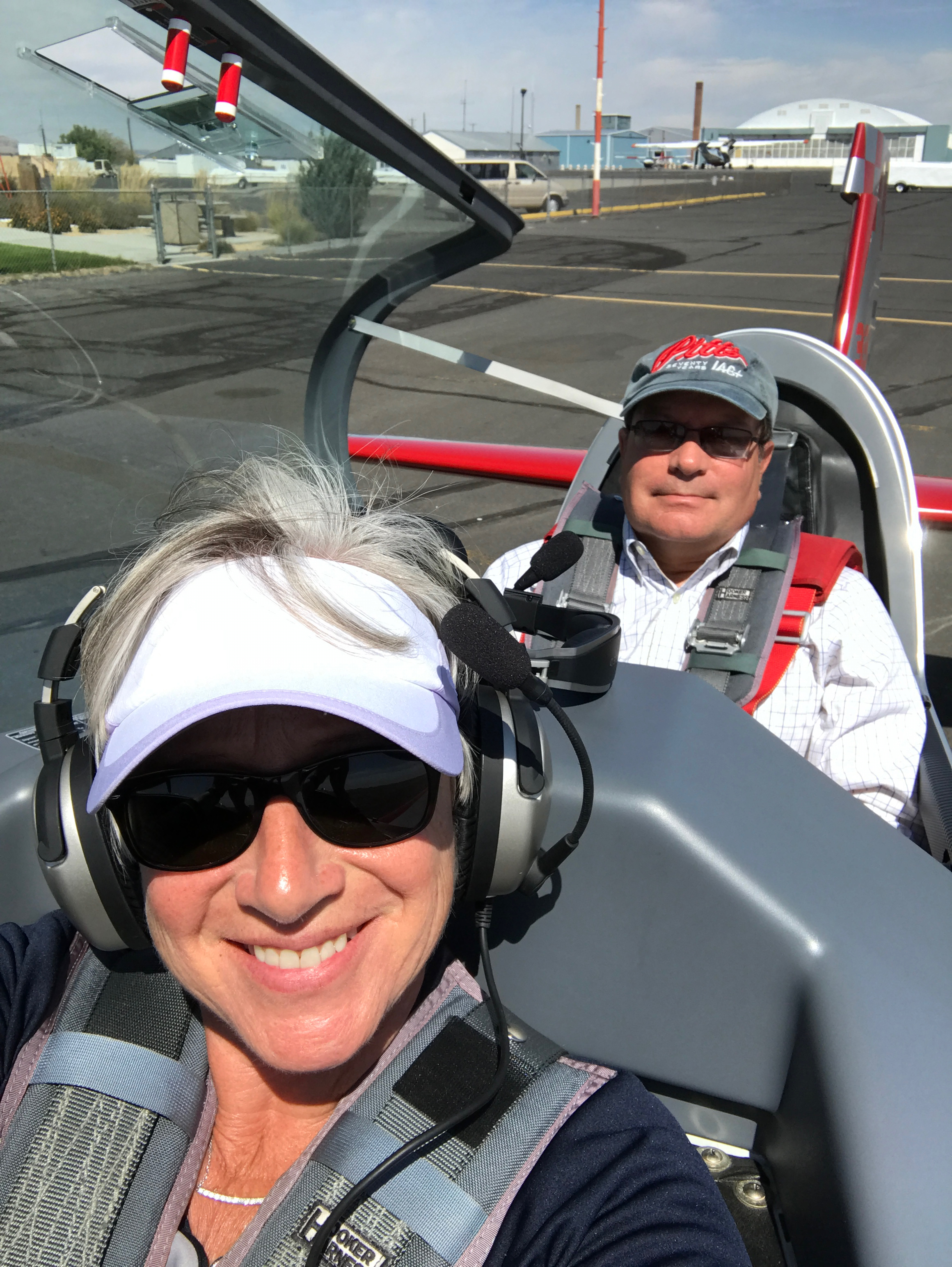 Jerry and Peggy Riedinger. Jerry and Peggy are IAC members from the state of Washington, IAC chapter 67. Jerry flies as a competition pilot in the Advanced category and Peggy is a National and International Judge. Peggy is currently the IAC Northwest Regional Director. 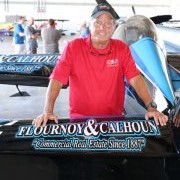 Marty Flournoy. Marty is a member of the U.S. Advanced Aerobatic Team. He has been an IAC member since 1996. Marty is currently serving on the IAC board of directors as the Southeast Region Director. He is also a National Judge and active member of IAC chapter 3 Bear Creek gang in Georgia. 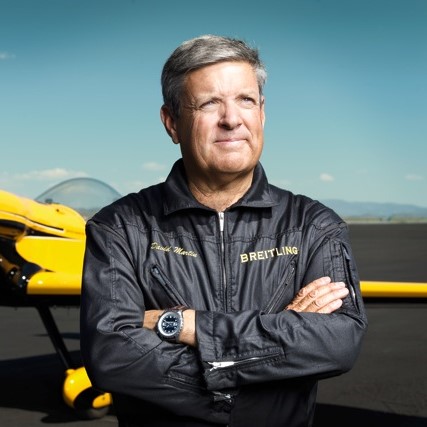 David and Martha Martin. David and Martha are IAC members from Texas. David’s grandfather was adamant that he learned aerobatics along with his basic flight training. He would later go on to win an individual gold medal as well as three team bronze medals in four appearances at the World Aerobatic Championships. In addition, David won the United States National Championship in 2001. 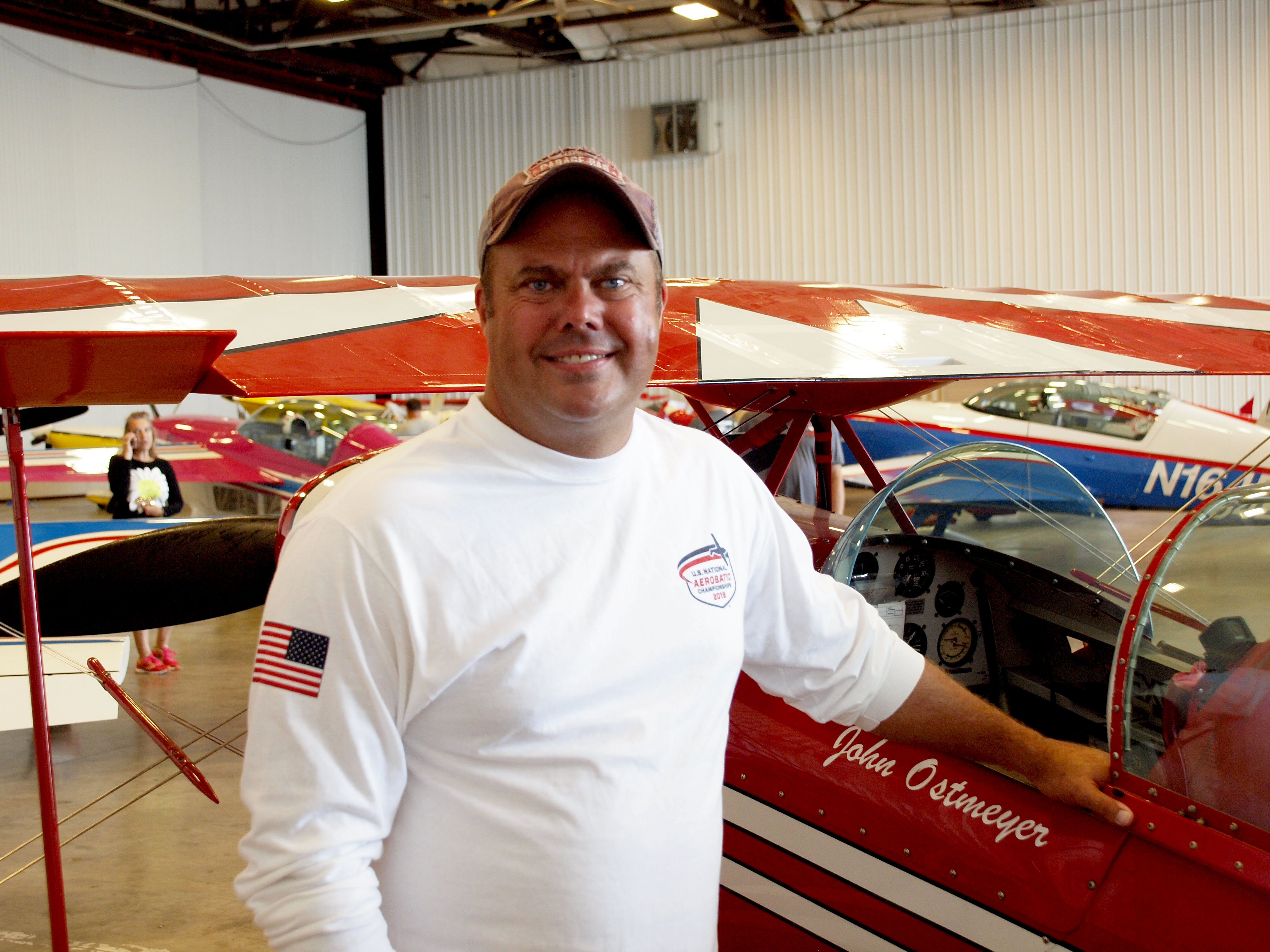 John Ostmeyer. John is the 2018 National Advanced Aerobatic Champion. He serves as the Chief Technical monitor for this year's championships as well as once again entered as a competitor. He is the IAC Chapter 15 (Kansas) president and currently serves on the IAC board of directors. Additionally, he is a national judge and judge school instructor as well as coach to past National Sportsman and Intermediate champions. 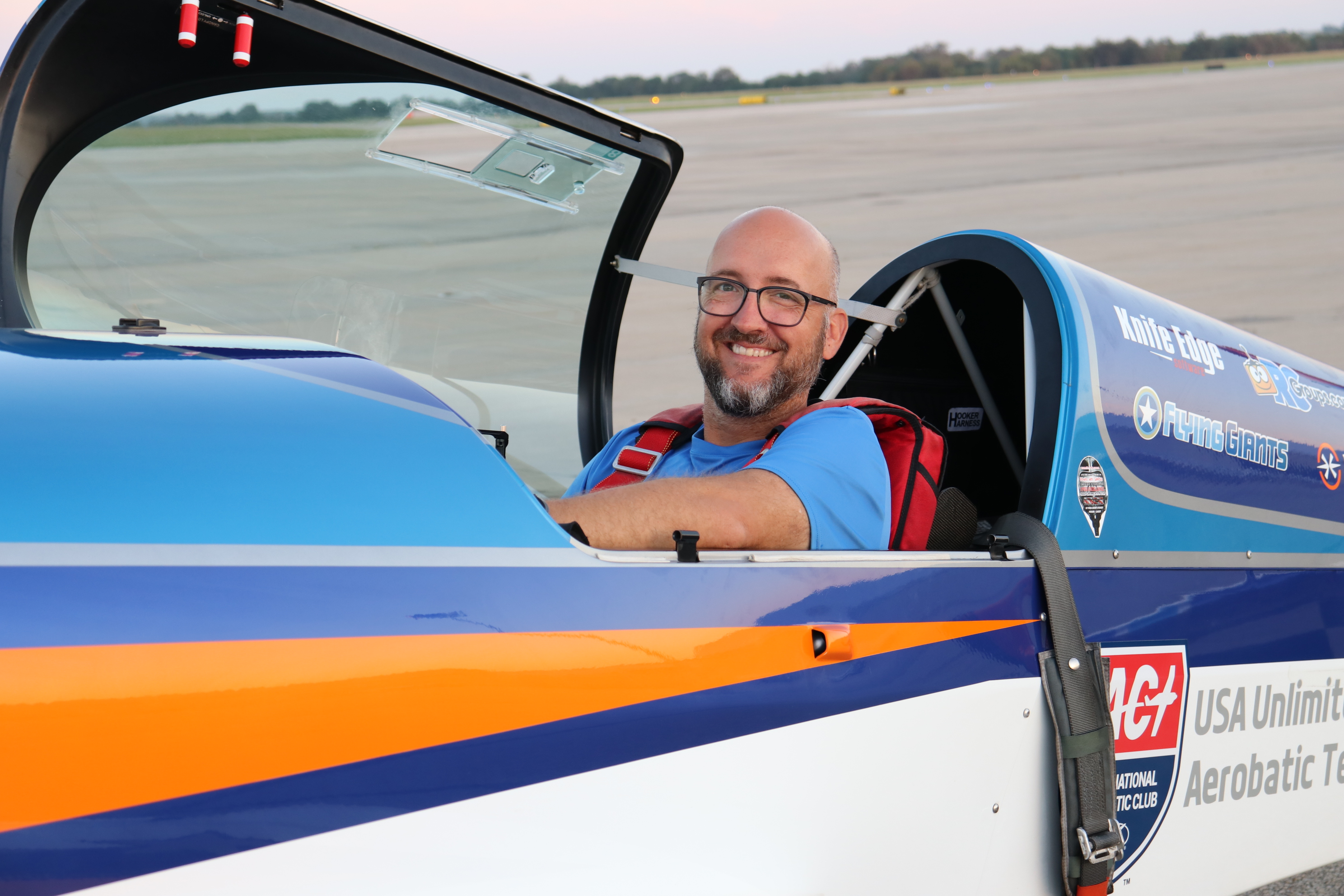 Jim Bourke is an Unlimited competitor flying his EXTRA 330 SC and is a member of the USA Unlimited Team. He currently serves as IAC President and is a National aerobatic judge. 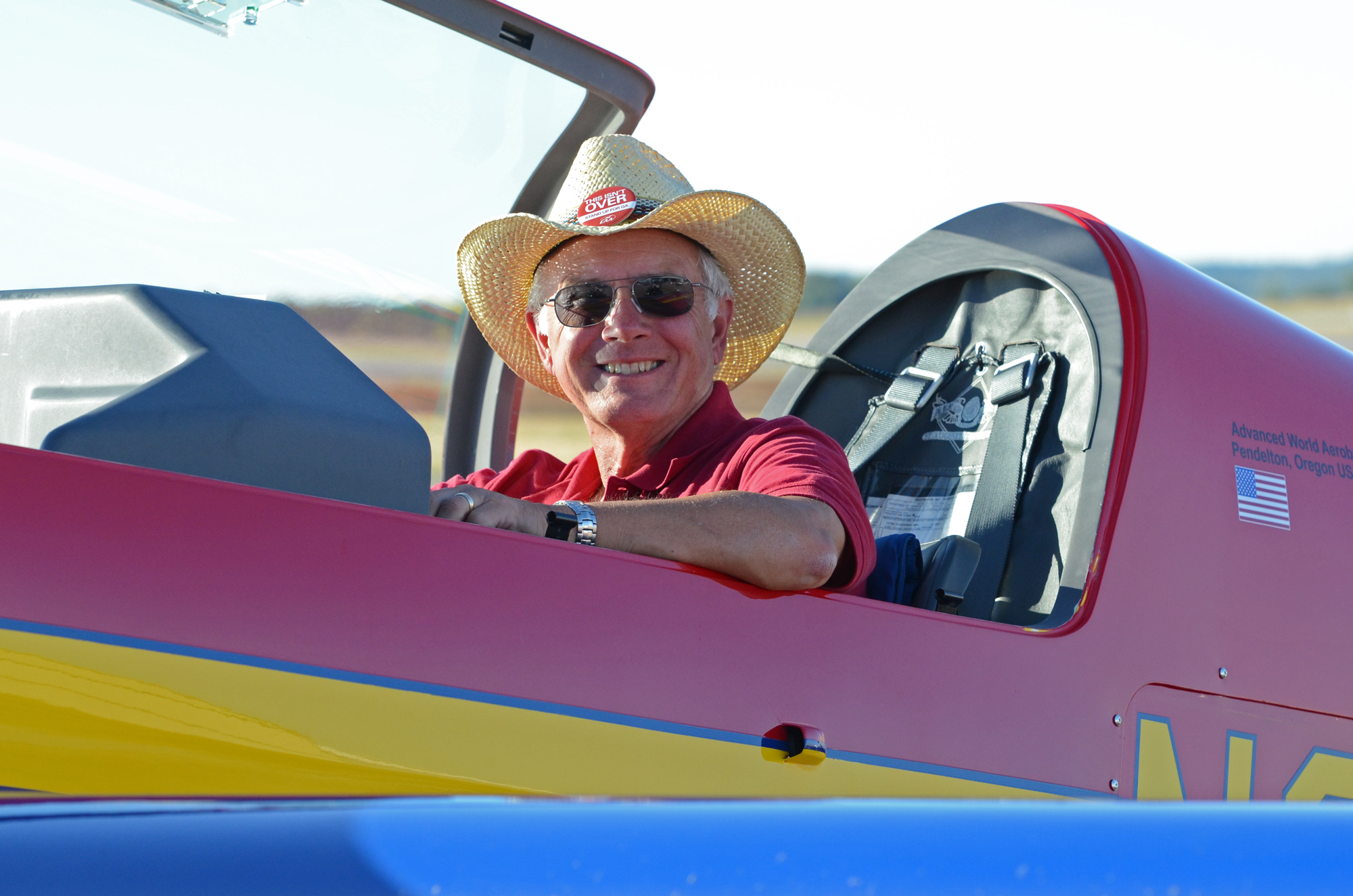 Doug and Pat Sowder.   Doug is an IAC President Emeritus and an Advanced Category competitor. He lives in the Northwest Region and is a National Judge, who is the recipient of the Robert L. Heuer Award for Judging Excellence in 2011. 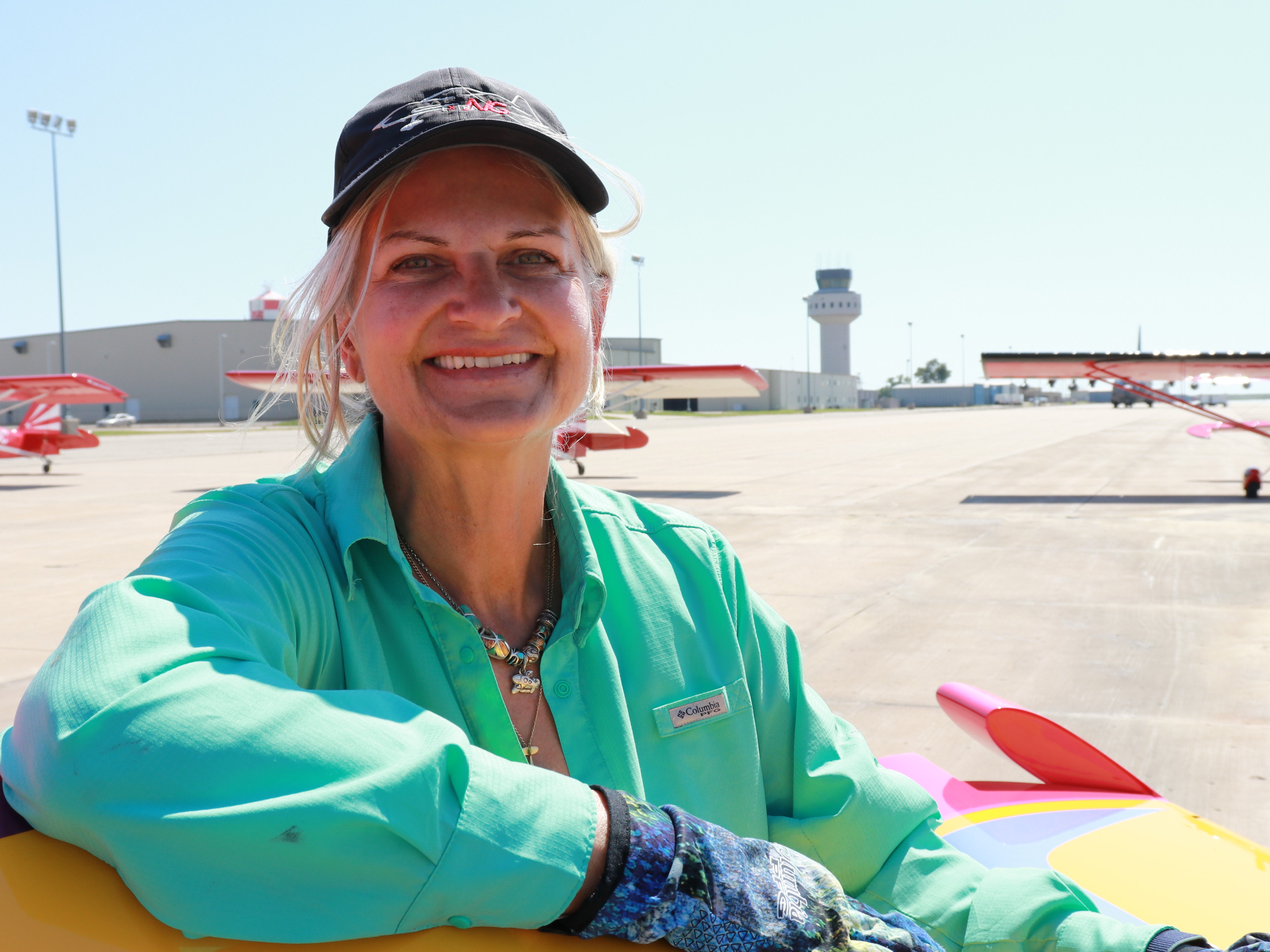 Dagmar Kress gives ground and flight instruction at the Metropolitan State University Denver (MSU). She led the MSU aerobatic team in 2017, 2019 and 2021 to a First-Place win in the Collegiate National Program Award.

In addition to National and Regional competitions, Dagmar has participated in the World Aerobatic Championships as part of the German National Team in 1994, 1996 and 2013. 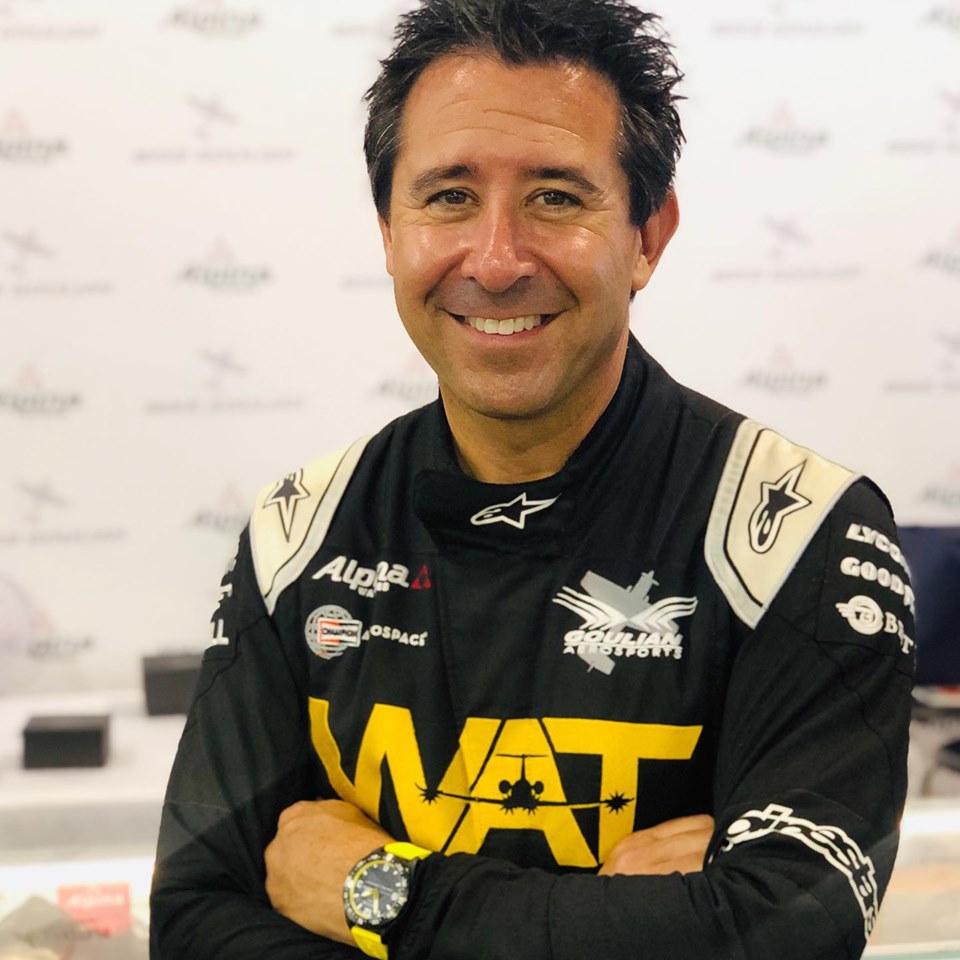 Mike Goulian. Mike is a multi-disciplined aerial demonstration pilot and IAC member.  Beginning his career in the competitive world of aerobatics, he became one of the youngest pilots to ever win the United States Unlimited Aerobatic Championship at the age of 27. His signature air show performance combines the heart-stopping gyroscopic tumbling of modern display flying with the crisp, aggressive, demands of precision competition aerobatics.

Mike serves on the IAC board of directors as an EAA representative. 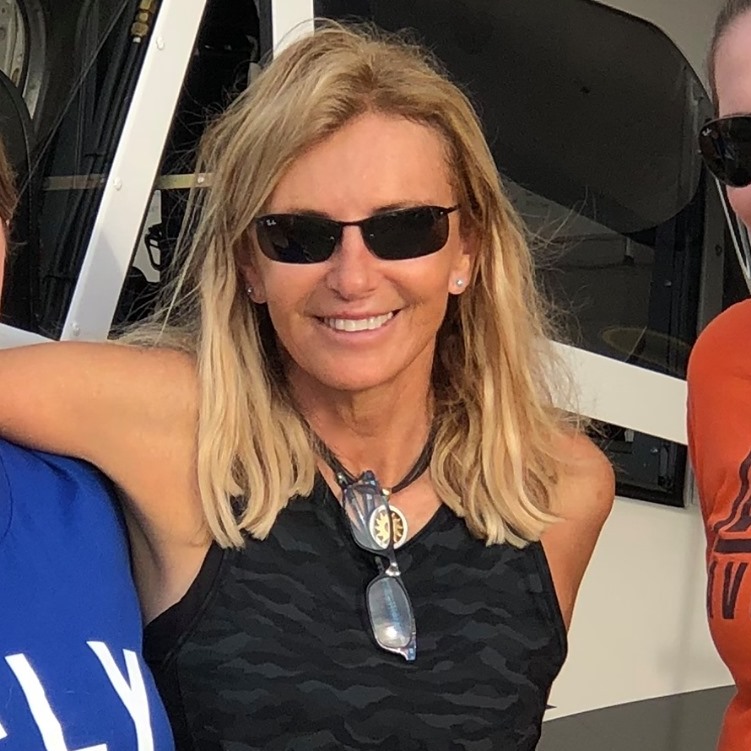 Patty Wagstaff - A six-time member of the U.S. Aerobatic Team and the highest-placing American with gold, silver, and bronze medals, as well as a three-time U.S. National Aerobatic Champion, an IAC Champion, and six-time recipient of the "First Lady of Aerobatics" Betty Skelton Award, her Extra 260 went on display in the Smithsonian National Air and Space Museum in Washington D.C. in 1994. Wagstaff has won many awards for her flying and is particularly proud of receiving the air show industry's most prestigious award, the Sword of Excellence, as well as the "Bill Barber Award for Showmanship" and is the 1996 recipient of the Charlie Hillard Award.

Patty is a regular speaker for the IAC at their forums at EAA Airventure and a webinar presenter. 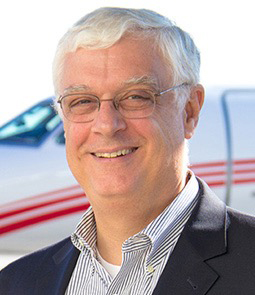 Greg Principato - Greg is the President of the National Aeronautic Association, more commonly abbreviated as NAA.  As President of the NAA, which governs all USA Aerosports awards and records, Greg has a seat on the IAC board of directors. 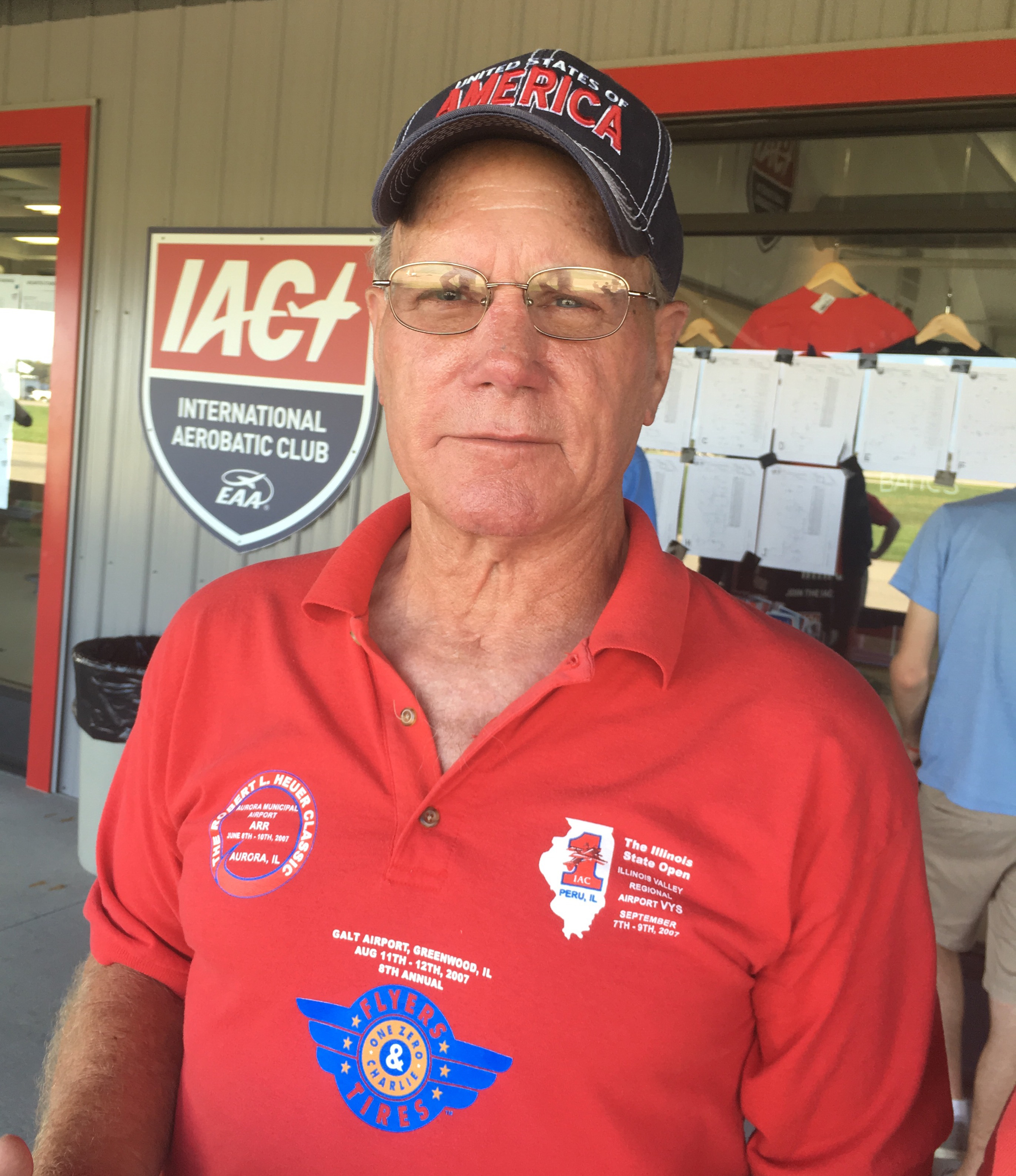 John Willkomm. John has been an IAC member since 1980. He has been a regular competitor and aerobatic judge for many years including Chief Judging at the 2002 and 2002 Great Lakes Aerobatic contest in Kenosha, Wi. At the time he was flying a Pitts S-1E in the Intermediate category. In 2013 John attended the Oshkosh Air Maneuvers Challenge in the Sportsman category. In 2017 and 2018, when the Nationals were held in Oshkosh, Wisconsin, he served as a volunteer to support his fellow aviators. John has been an IAC member since 1980, IAC member #7388. 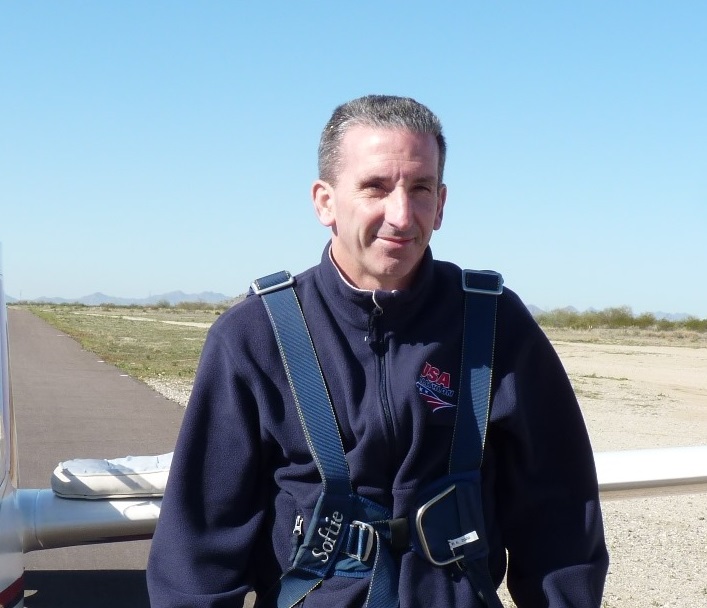 Keith Doyne is the Safety Committee Chair and a regular contributor to Sport Aerobatics on safety and technical tips subjects. He acted as the Safety Director in 2019 and 2021 at the U.S. National Aerobatic Championship and returns in 2022 to this role as well as serving on the Jury. 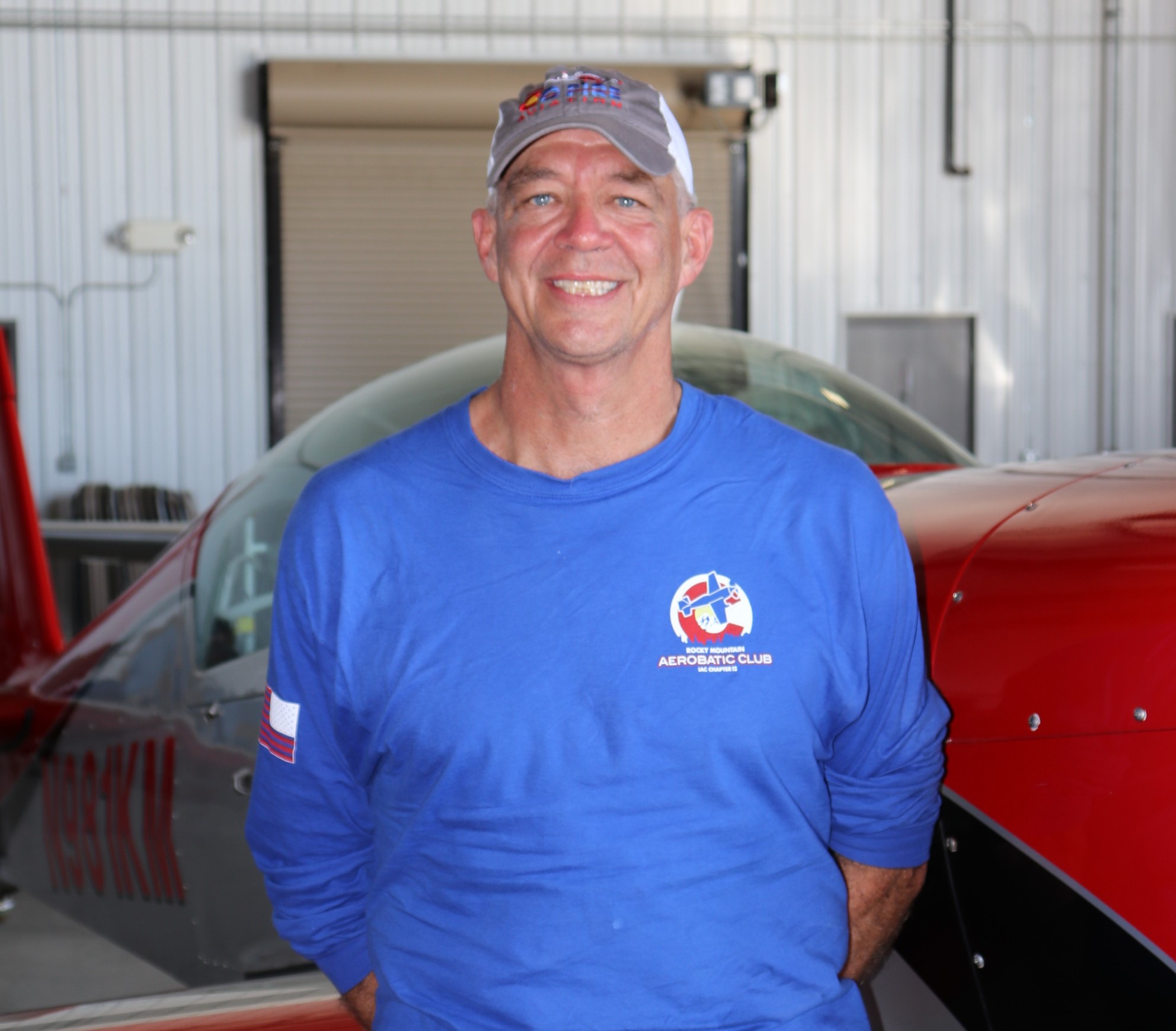 Duncan Koerbel is a competitor in the Advanced category flying an Extra 300L. He is a member of IAC Chapter 12 in Colorado and is currently in second place in the Regional Series in the south-central region.

Duncan is the Managing Director for the World Advanced Aerobatic Championships coming up in October 2023 to be held in Las Vegas, Nevada. www.waac2023.com 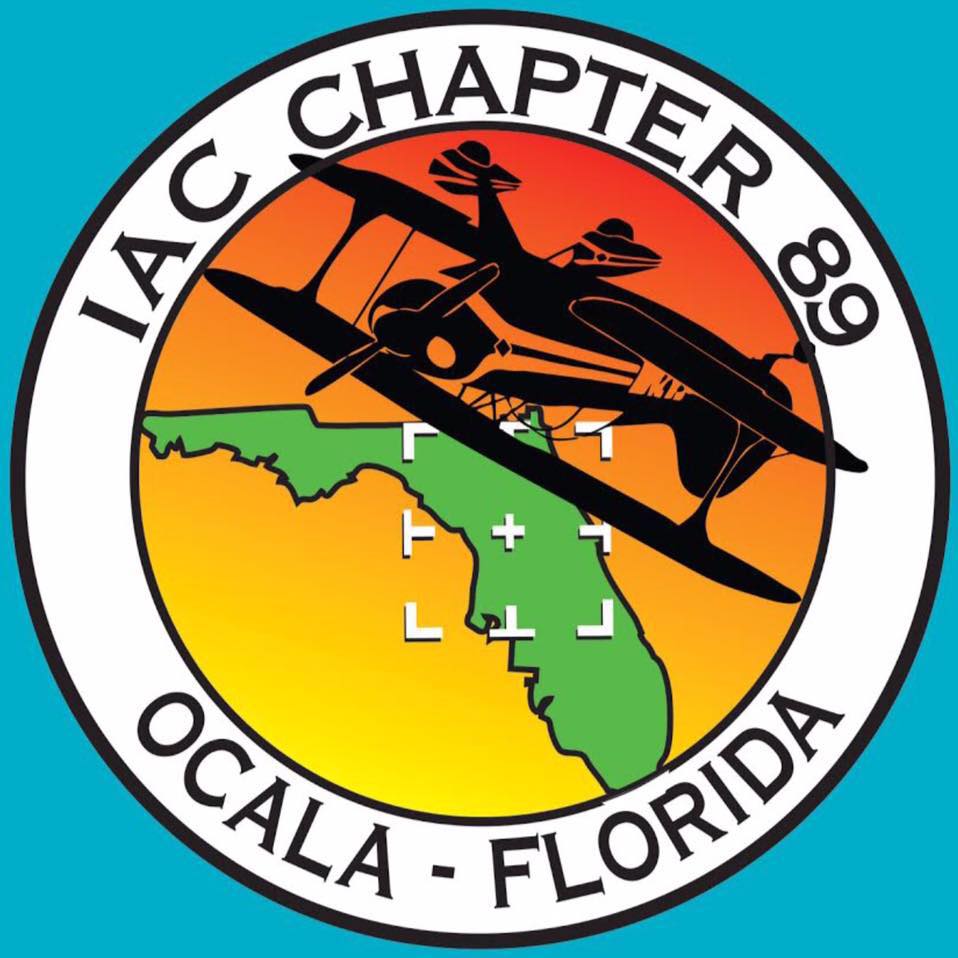 WIFI Sponsor - IAC Chapter 89. Chapter 89 is based at the Leeward Air Ranch in Ocala, Fl. They are a group of aviation enthusiasts, aircraft builders, and pilots who get together with like-minded people to share ideas, exchange information, encourage safety, serve the local aviation community and have a lot of fun doing so. (link is external) 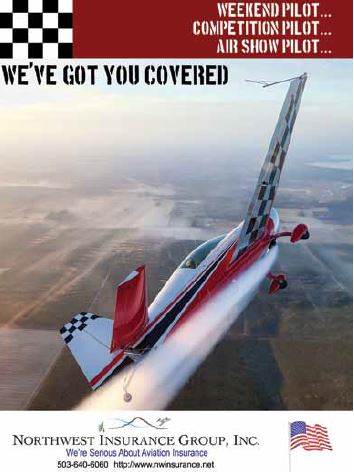 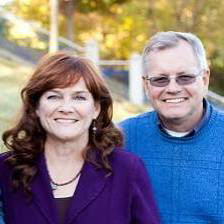 Gordon and Lorrie Penner. Gordon and Lorrie are IAC members from the state of Ohio, IAC chapter 34. Gordon is a Captain in the Boeing 767 flying for a cargo carrier, is a Master CFI-A and a FAA Gold Seal instructor. Lorrie is licensed as a private pilot, SEL and Glider, was IAC Executive Director for three years between 2017-2020.  She is the current Editor of Sport Aerobatics magazine. 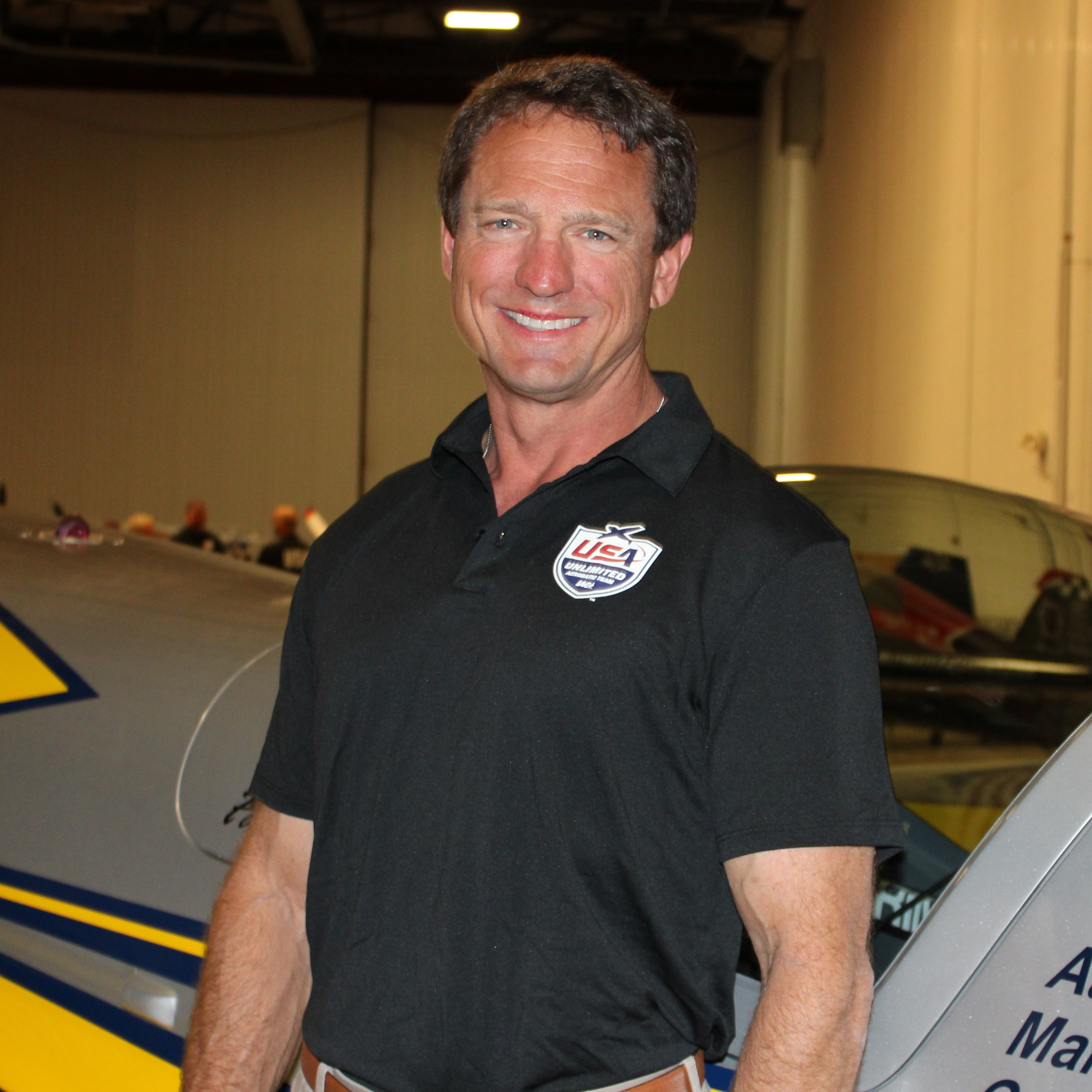 Craig Gifford is a 3-time member of the U.S. Unlimited Aerobatic Team, most recently he was part of the third place team at the FAI World Aerobatic Championships in Leszno, Poland. He is a regional and national judge who has not only competed but has also served as a grading judge at the U.S. Nationals five times since 2015.

Craig currently serves on the IAC board of directors as the Mid-America regional director. 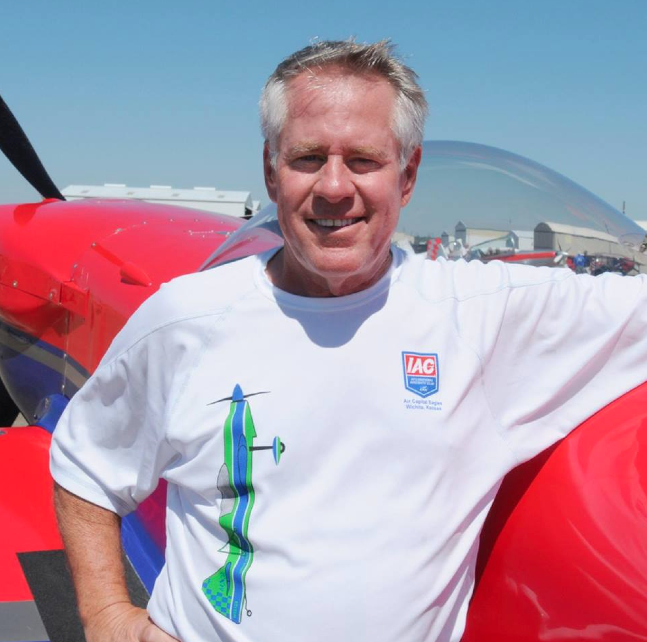 Bill Denton. Bill Denton has been actively involved in the sport of competitive aerobatics for over 30 years. He has been a top judge for several years at the US National Aerobatic Championships and is the 2014 Robert L. Heuer Judges Award winner  for outstanding performance as an aerobatic judge.