The Best of the Best

Congratulations to the US Unlimited Aerobatic Team members announced at the U.S. National Aerobatic Championships in September 2016!

The team will be competing in the World Aerobatic Championships in South Africa.  The USA will be represented by a group of pilots made up of veterans of the sport and newcomers to the team. The majority of the 2017 team pilots have participated in at least one previous World Championship.

This team will be competing  at the 29th FAI World Aerobatic Championships in Malelane, South Africa, 9 September through 17 September 2017.

Results from the championship will be posted at www.civa-results.com.

All levels of donations receive an autographed team photo. Donors giving $2500 or more receive a special flash drive slide show with pictures from the entire journey; from training camps stateside, to loading aircraft, practice in South Africa, competition aircraft photos, candid shots at the championship and the awards presentions. 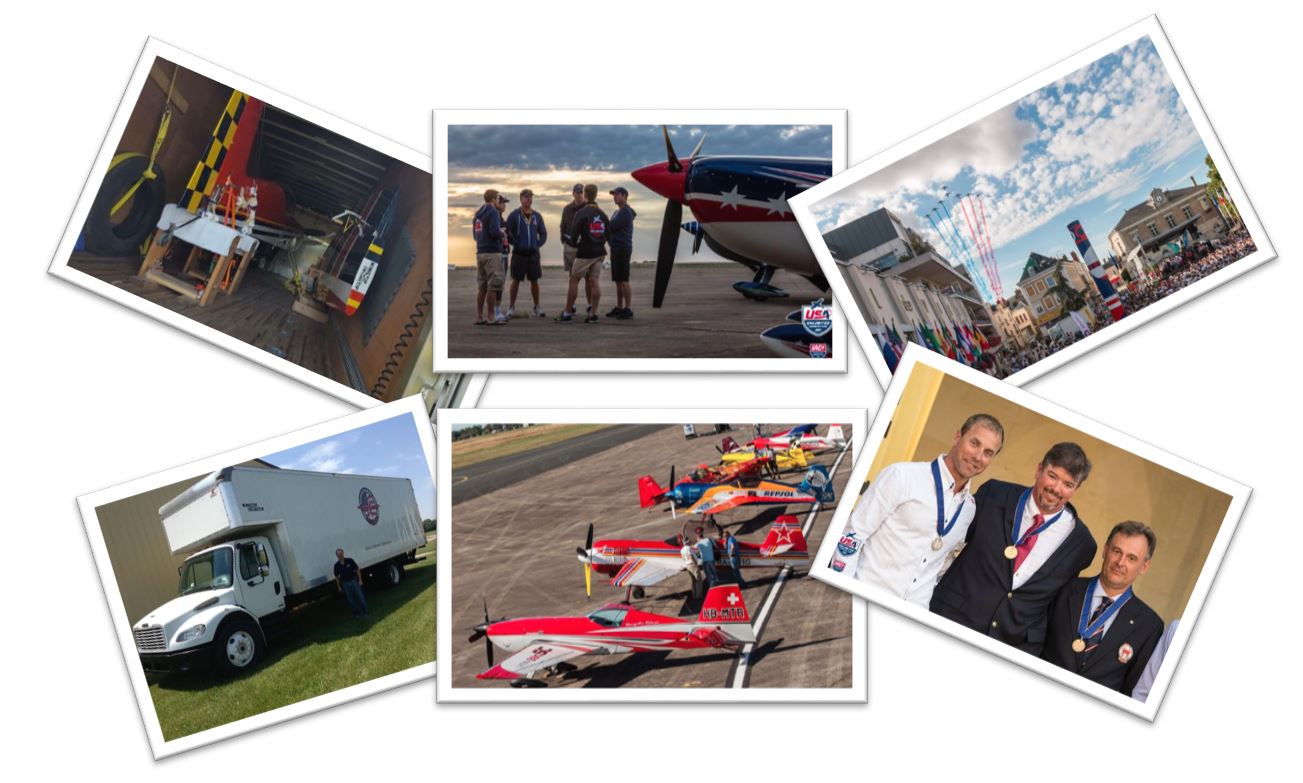 The International Aerobatic Club is responsible for the selection, management, and administration of the Unlimited and Advanced power category US Aerobatic Teams competing at World Championships and is an IRS 501(c)(3) organization to which donations are deductible under the Internal Revenue Code.