Skip to main content
Our US Advanced Aerobatic Team is now competing in Ploiesti, Romania at the World Advanced Aerobatic Championships. As of August 18th the Free Known program was completed and the Free Unknown #1 was in progress.
The results of the Championships can be followed at www.civa-results.com. After the Free Known results were finalized, American pilot Aaron McCartan was the highest ranking US team pilot in 5th place. Aaron is flying his Panzel S-330 in the competition which he shipped to Europe and shown below. As August 20 06:20 EDT, standings after two flights shows Aaron in 7th with Michael Lents, AJ Wilder, John Wacker and Matt Dunfee all in the top 20.
Altogether, 56 pilots from 18 countries are competing. The largest teams are from the USA, Russia, France, Great Britain, and Romania. A wide variety of aircraft are being flown by competitors though the EXTRA series, made in Germany, dominate the landscape. Airplanes include the EXTRA 330SC, 300S, and 300L. Other types are the Yak-55, XA-42, ARS-300, Edge 360 and 540, Sukhoi Su-26, Su-31M and MX, CAP 232, and Panzl S-330.
Follow all the action online at the WAAC 2018 Facebook and WAAC 2018 website a well as the U.S. Advanced Team Facebook page. We are also updating the U.S. Advanced Team website. 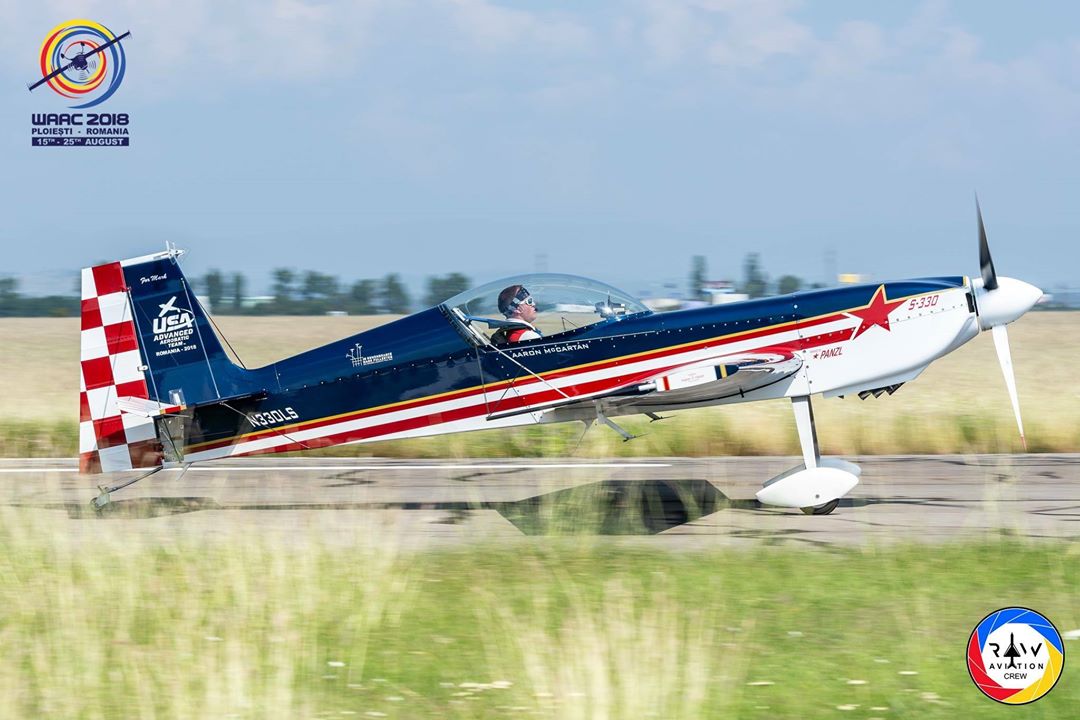 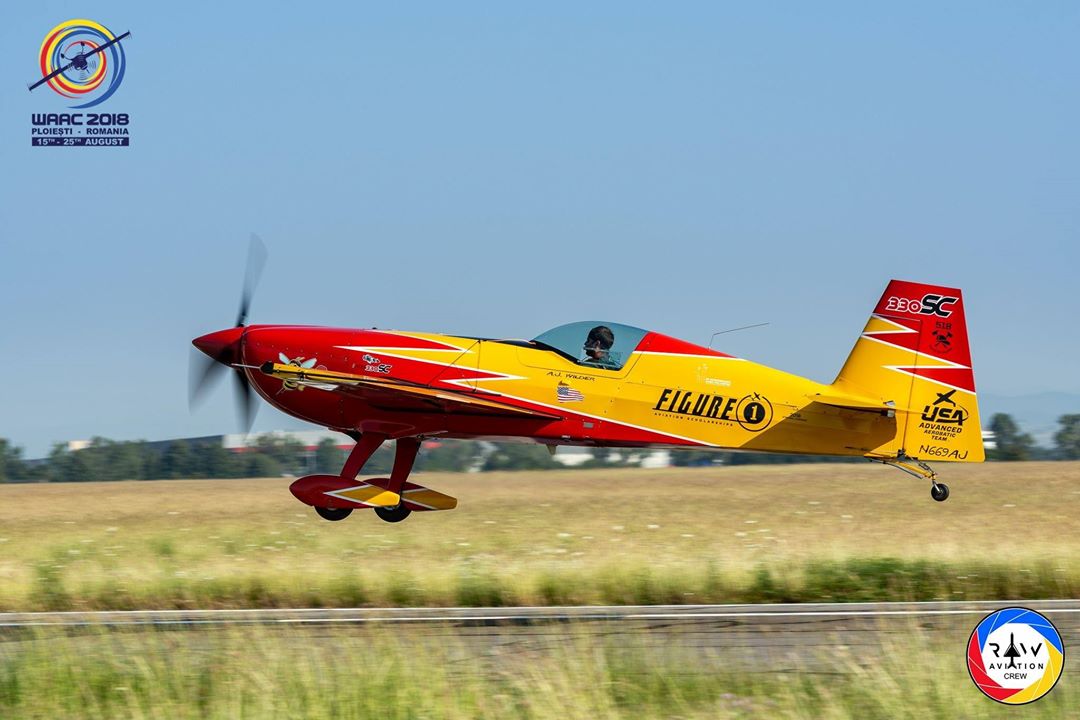