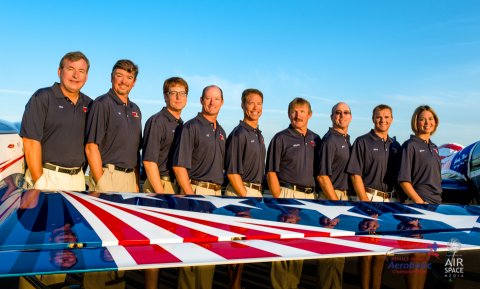 The time is drawing near when eight pilots from across the USA will travel to Chateauroux, France and compete for gold medals and trophies at the 28th FAI World Aerobatic Championships. This competition, known as the WAC, has been dominated in recent years by the Russian and French teams. This year however, the USA brings one of the youngest and most talented teams ever assembled with an internationally recognized coach and an experienced team manager to bring the gold back home to the USA - a feat not accomplished since 1988.

The team is captained by Goody Thomas, a four-time WAC competitor and highest placing pilot at team qualifications. Goody’s motto for this year is “Team 2015 - No Excuses“ and if the experts are correct, Team 2015 will win gold and perhaps have its first individual champion since 1988 when Henry Haigh, at the age of 64, stunned the competition world and captured the title of the best aerobatic pilot in the world. 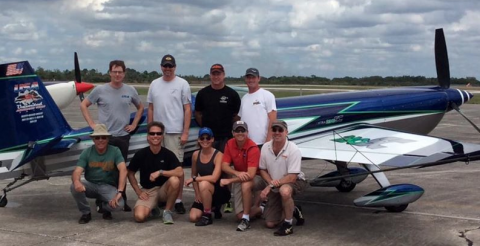 View the video; "Sebring: The Story of the U.S. Unlimited Aerobatic Team", a film by Ted Snow,
https://vimeo.com/tedsnow/sebring in which Goody and team member Mark Nowosielski discuss flying for the USA in this world competition. 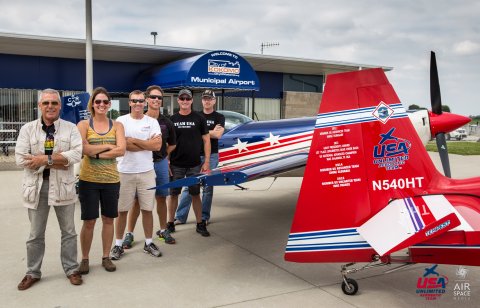 The team has been busy at various locations around the USA attending IAC regional contests and holding training camps. In June, team members were hosted by IAC Chapter 124 in Kokomo, Indiana for a training camp with Claude (Coco) Bessiere. Coco won the world championship in the Unlimited category in 1990 in Yverdon (Switzerland). He was an ENAC (École Nationale de l'Aviation Civile) instructor until 2012, and he has coached France’s Advanced and Unlimited team for more than two decades. He is widely regarded in the international aerobatic world as the finest coach on the planet.

This year, Team 2015 could possibly pull off an unheard of feat. 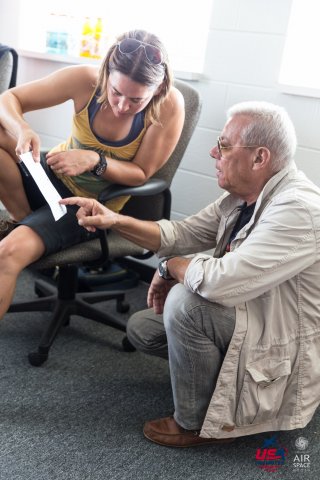 They could win both the individual male and female titles as well as the team title. Melissa Pemberton is the sole woman on Team 2015 but she brings plenty of experience. Only 30 years old, this is her third WAC. Rob Holland, Goody Thomas, and Jeff Boerboon are the top male contenders and they come with plenty of experience and desire to win . This year is truly the year of the Americans and with your support, you will be part of history as we bring the gold back to the USA.

To contribute to the team, simply go to the right sidebar on this page with the USA Unlimited Aerobatic Team icon – click on the "Donate" button to use PayPal or credit card and all donations are tax deductible

The International Aerobatic Club is responsible for the selection, management, and administration of all US Aerobatic Teams competing at World Championships (Unlimited, Advanced - Power and Glider) and is an IRS 501(c)3 organization to which donations are deductible under the Internal Revenue Code.