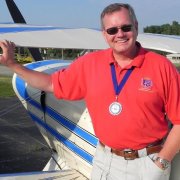 Your strategic view, or big-picture view, of a thing is easily as important as the technical/procedural steps of doing that thing. In flying generally, as well as unusual attitude recoveries specifically, we cannot rely on rote memorization and empty procedures without the knowledge and understanding to back them up. Otherwise the procedures are just an empty bucket with nothing of substance inside. To be safe, and to reliably recover even when our hearts are in our throats, we simply must go further.

I agree wholeheartedly with Greg Koontz’s article in Sport Aerobatics about our failure as an industry to develop three-dimensional thinking and knowledge of fundamentals in our pilots. How many accidents, air carrier as well as GA, can be traced back to these root causes? 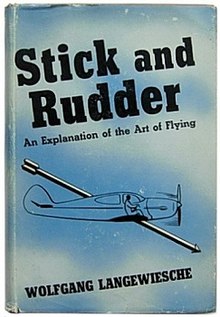 In his landmark book Stick and Rudder, author Wolfgang Langewiesche likened airplanes to horses. Like the gait of a horse, the trot or the gallop for example, the airplane has many different gaits. The pilot must learn each one to successfully fly in all corners of the envelope. He also remarked, “The story of the Angle of Attack is in a way THE theory of flight…” and “No maneuver can be fully understood unless you understand this one thing.”

I couldn’t agree more, and I can’t recommend Stick and Rudder enough. More on angle of attack, or AOA, later.

In this vein, I have shortened these ideas to: The airplane is like a horse, and we must think like the horse. In other words, we must see through the eyes of the horse well enough that we can predict what it is going to do, feel what it feels, gauge its reactions, know what it cannot do, and be able to get it to do what we want it to do.

Imagine the horse’s (airplane’s) point of view. You have to think like the horse because the horse is supremely uninterested in seeing the world the way you do. The airplane doesn’t know the horizon exists. As Koontz remarked, in a big-picture sense the airplane only knows the balance of the four forces (lift, weight, thrust, and drag) against each other, and those forces are in relation to the relative wind, not the horizon. Relative wind is equal and opposite to the flight path.

You must become an “Airplane Whisperer.”

In line with this we must also break ourselves away from two-dimensional/car-type/ground-based thinking. Just talking about upset recovery as a thought exercise gets the student seeing that the airplane does everything in relation to relative wind, not in relation to the ground. 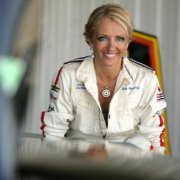 The argument about the value of upset recovery training is another thing that has exposed our training failures. Here is another litmus test about our ground-based attitudes and orientations: If we were all thinking like the horse/airplane (i.e., thinking three dimensionally), then Patty Wagstaff’s statement “to the airplane there is no such thing as unusual attitudes” would make perfect sense and would appear as a bedrock, basic “oh, of course,” item. It would not have the shock/oracle value it has taken on. Use Patty’s statement to drive you to see and feel the world as the airplane does.

Additionally, I have also seen the value of upset recovery training firsthand in two ways. First, as an airline pilot I have been through our company’s excellent FAA/ICAO upset recovery course in the simulator. The course has ground as well as simulator elements. Just flopping around is not good enough; you have to understand what is going on in each “gait.” It is pretty hard on simulators and they have to be heavily modified to do it, costing millions. This course, in accordance with FAA/ICAO protocols, encompasses knowledge learned from past accidents and is aircraft specific. Recoveries of air transport category aircraft, which includes most corporate jets, are NOT one size fits all.

Second, as an aerobatic/upset recovery/spin instructor teaching Rich Stowell’s Emergency Maneuver Training course, I have seen the look of relief and excitement when true understanding of all-attitude flying happens and the Oprah “Ah ha!” moment arrives.

Our modern flight training does not get us there. The evidence is that the accident rate stubbornly doesn’t seem to want to go below its present level, and that we seem to be having the same maneuvering accidents over and over. In these accidents, there is usually nothing wrong with the airplane. Improper pilot input is what usually causes these accidents.

We were doing pretty well under the 1930s-1940s Tex Rankin/World War II style training, where everyone learned in tailwheel aircraft and even the bomber/transport pilots got upside down during the initial phases. Modern flight training has not kept up with that maneuvering standard. 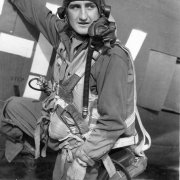 In measuring the quality of our previous methods of training, the proof is in the pudding. In WWII, the German Luftwaffe fighter aces in Western Europe, those who directly fought against the British and us, had higher victory scores (which were verified after the war) than our guys did, but they also flew many more missions. They had 600-1,400 missions compared to our guys flying 100-150. What matters are the missions-to-victories ratios, and that they were fighting us head-to-head. That is how we can measure mostly apples to apples.

U.S. fighter ace Robert Johnson in the Europe Theatre of Operations (ETO) had 27 victories in 91 missions. The highest-scoring U.S. ace in the ETO, “Gabby” Gabreski, had 28 victories in 166 missions. Those ratios compare very well with the ratios of the top Luftwaffe pilots. Luftwaffe ace Adolf Galland, glider pilot and general of all Luftwaffe fighters, had 104 victories in 705 missions. How does that apply to this discussion? 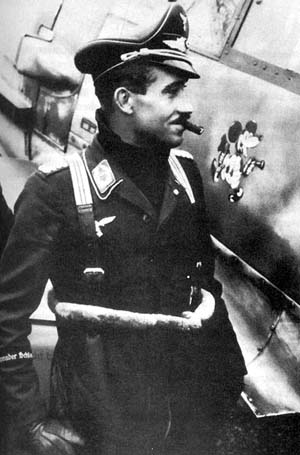 The average U.S. pilot, trained as mentioned above, arrived at the front with about 400-500 hours of total flight time, and then went to war. In that war they went toe-to-toe with the best the enemy had, and acquitted themselves well. Most of you are aware we won that one. Now, how does that affect our training today?

Those returning combat vets, most in their mid-20s, began teaching civilians the way they were trained after the war. Some taught for decades. Unfortunately, those instructors began to retire in the 1970s and ’80s, and the more modern way of training took over.

The more modern way of training, stressing stall awareness and stall avoidance instead of all-attitude training, and saying “it’s just like driving a car,” existed since the end of the 1950s. Overriding that, many of the WWII-trained instructors (and the later CFIs trained by them) insisted their students had to shoot higher. Many instructors required, for example, that their students had to show they could recover from a spin on their own or they wouldn’t get signed off to take their checkrides. The government had removed spin training from all courses except for the CFI in 1949.

So let’s see some examples of thinking three dimensionally. 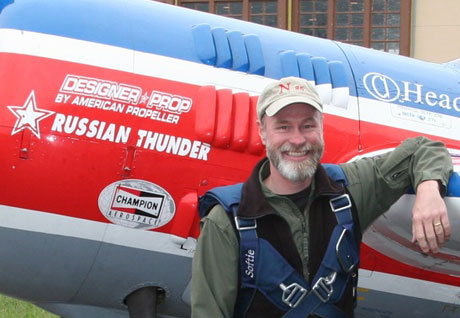 Now here is the question: If the pilot pulls back on the stick or yoke and the airplane is now traveling straight up, did all three axes move with the airplane or did they stay fixed in relation to the horizon?

That means that the flight controls do not work backwards when the aircraft is upside down. Pulling back on the stick or yoke will ALWAYS move the tip of the nose toward the roof of the aircraft, or the pilot’s head, whether the aircraft is straight up, straight down, in knife-edge flight, upside down, or any attitude in between.

With the above being said, one of the most damaging ideas that we, the industry, perpetuate is a horizon-based flight control reference, i.e., that pitch up moves the nose up into the blue stuff, and that pitch down is toward the ground and the trees. In their two-dimensional/car-type /ground-based thinking, pilots then see back elevator as their “up-to-the-sky” control and their “away-from-the-hard-ground” control. If they get into a scary “overbanked” attitude, they will do the intuitive thing: pull back. Unfortunately, the intuitive thing will be the wrong thing to do. Pulling back will just pull the aircraft down to the ground and the trees faster because that is where their lift is pointed at that moment.

It seems to me the above facts alone indicate the need for all-attitude training, and learning how the flight controls really work.

Also, we don’t turn like a boat or a car. As Koontz pointed out, when lift is created, it is a force that acts perpendicular to our wingspan and perpendicular to the relative wind. By maneuvering we point the lift where we want to go.

I also love the way Koontz said we can also turn off the lift by going to zero angle of attack. If we were overbanked, it would be a great way to reduce the lift force taking us toward the ground. 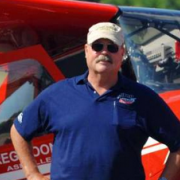 We instructors then say that one can stall at any angle of attack and any attitude, yet we explain and demonstrate stalls with the relative wind parallel to the earth. One of the keys to understanding AOA is that relative wind is equal and opposite to the flight path, not parallel to the ground.

If we had shown relative wind from all angles, we had a chance to get the pilot to think three dimensionally, but we didn’t. That was a lost opportunity. I have had 200- to 300-hour pilots in for their flight reviews who thought that angle of attack and pitch attitude were the same thing.

In my ground courses, webinars, and seminars, I show an aircraft stalled on the back side of a loop. In this example, the aircraft is inverted with the nose below the horizon, just after flying over the top of the loop and heading downhill. At that moment in time, the flight path is 45 degrees down from level, which means that the relative wind is equal and opposite. Here, the airplane wing needs to be aligned with the relative wind to be un-stalled, no matter where the horizon is.

Back to the question of, “Does upset recovery training really help?” We need to look closer. Is the upset recovery training done is such a way that it is a tiny procedural Band-Aid on a very big wound? Or is it an increase in knowledge and strategic vision, as well as the correct procedures, that helps heal the gaping wound that was there from the beginning?

Good upset recovery training not only teaches procedures necessary to recover from an upset; it also teaches understanding, awareness, and prevention in equal or greater measure than the recovery. You can’t just go up and flop around. That has very little value in promoting understanding if not coupled with ground knowledge.

There is more to this conversation, obviously, but Koontz’s article is a good start. There are many schools that teach the old-fashioned Tex Rankin/WWII way. Anyone will be a better pilot if they learn in a tailwheel aircraft or a glider first, but these ideas and techniques work in any airplane because all the “horses” operate the same way.