Like many others, Clisten V. Murray IAC 1696 was hooked on aviation as a young boy when an occasional plane flew over his family’s southern Indiana farm. He passed away January 27, 2020 having lived a long and healthy life to the age of 97 until undergoing a heart valve repair in September 22, 2019.

A Pitts checkout was in order when in 1984 he purchased a Pitts Special S-1S, tail number N21KR. Clisten chose John Morrissey for that checkout. The first contest Clisten attended with his Pitts was the 1984 U.S. National Aerobatic Championships, where he also served as safety director. As it turned out, his duties were light, since the U.S. Nationals went on record as a first of its kind – it became the only time in the contest’s history up to that point where National Aerobatic Champions were not named in all categories. The 23 Unlimited and 19 Intermediate pilots who came to compete never achieved liftoff for a single flight. Contest officials had to contend with “Mother Nature”. Day after day and sometimes hour after hour, briefings were re-scheduled with hope dwindling to zero by week’s end for the appropriate meteorological conditions, especially high enough ceilings. (In the photo at the right below - Clisten, pictured on the left, is a brand new Pitts owner at the 1984 Nationals. He is comparing notes with a fellow Pitts man, Buck Carroll.) 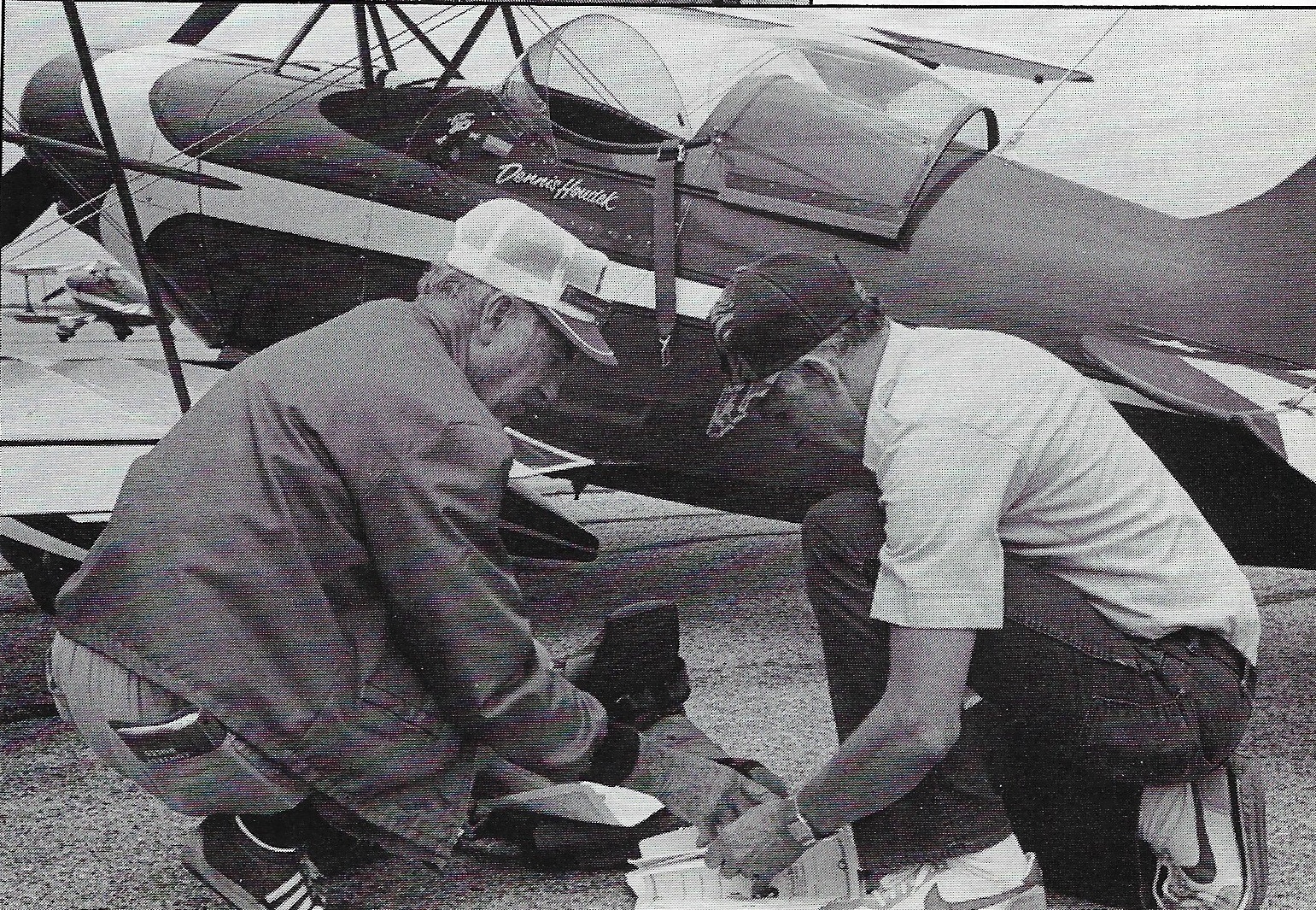 In the 1990s, Clisten was an aerobatic instructor at the Aerobatic School of Las Vegas where the school gave instruction for Beginning Aerobatics, Basic, Sportsman and Advanced categories and a Competition Aerobatics Advanced Spin course. He was the 35th person to earn a Primary Stars in the Achievement Award Program.

On a local level, Clisten was one of the charter members of IAC Chapter 61 which was established in 1978. The first president of the chapter was John Ford, followed by Jim Wheaton and then Clisten in the mid-1980s. During his time with chapter 61 he served twice as the contest director for the Salem, Illinois contest. The chapter awarded Clisten a lifetime membership. Later Clisten spent quite a few years with Chapter 12 in Colorado whose members also awarded him a lifetime membership.

Clisten served in several other volunteer roles including: assisting at the judging line, and finally becoming a judge and a chief judge. He also spent time instructing at some of the early judge schools. He continued serving as a grading judge through 2009 into his 70s when the sun became too hard on his eyes and sun damage to his face forced him to retire from judging.

On the national scene, he put his contest director experience to good use and was the CD at Fond du Lac twice. In her report then editor Jean Sorg described the event as, “Reigning supreme all week at Fond du Lac 84 were the three “Cs” – competition, camaraderie and Clisten, as in Contest Director Clisten Murray.” In conclusion Jean wrote, “Consensus of opinions compiled indicated, without exception, that the contest was smoothly run thanks to the seemingly Herculean efforts of Director Murray and his hardworking corps of volunteers. It also featured quality, impressive, improved-from-past-years flying with no one running away with the points totals – hence, a real honest-to-goodness test of aerobatic skills all the way. Final Cs – CHEERS!”

Clisten was elected to the IAC board of directors three times, serving in the 1980s, as the Midwest U.S. Area Representative.  In the 1990s he served as the Central U.S. Director.

Looking back, Clisten always remembered the good times with IAC folks. He said, “They were just great to meet with, talk to, compete against and encourage the novice pilot.” In return, all the IAC folks who were privileged to know him will remember him with fondness and gratitude for his many years supporting the vision of IAC in giving his time and talents toward enhancing the safety and enjoyment of sport aerobatics. 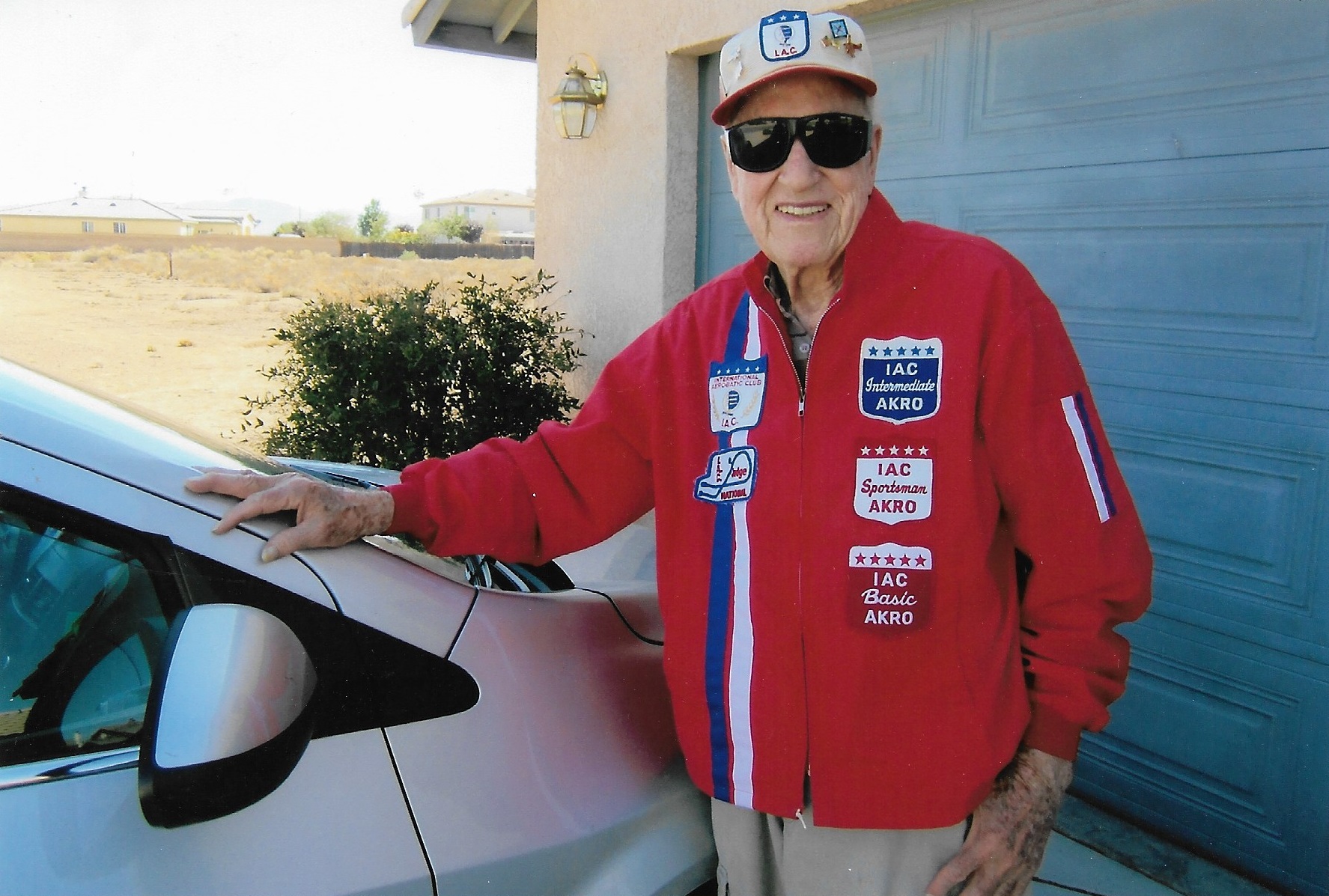