Together with her father, Dick Swanson, Sara Arnold regularly participates in the International Aerobatic Club, the world’s largest aerobatic club. Dick has been a competitor for many years, starting in a Citabria in 1983. The pair fly an American Champion Super Decathlon and are the only known father-daughter duo currently competing in regional and national IAC contests.

Sara had an idea for a Decathlon specific medallion when she was reminded of a retired trophy that originated early in the IAC history, which was presented to the highest scoring competitor flying a Pitts Special.  “I thought it would be a good idea to have something similar for all of the Decathlons in competition so I reached out to the American Champion Factory”.

As it turned out, American Champion Aircraft, was highly interested in the ACA sponsoring a medallion. “We are very excited that we’re able to contribute to the aerobatic club, and to be able to reward pilots for achieving their dreams”.

The development of the new award is in recognition of IAC’s commitment to the grass roots development of the sport of aerobatics. A silver tone medal depicts a rolling Decathlon sporting the classic starburst paint scheme on the front and on the back of the medal is the ACA logo.

In 2020, the medals will be sent to over 38 regional contest organizers and the U.S. National Aerobatic Championships to be held in Salina, Kansas September 20-25. The new award is sponsored by American Champion Aircraft for the next five years. 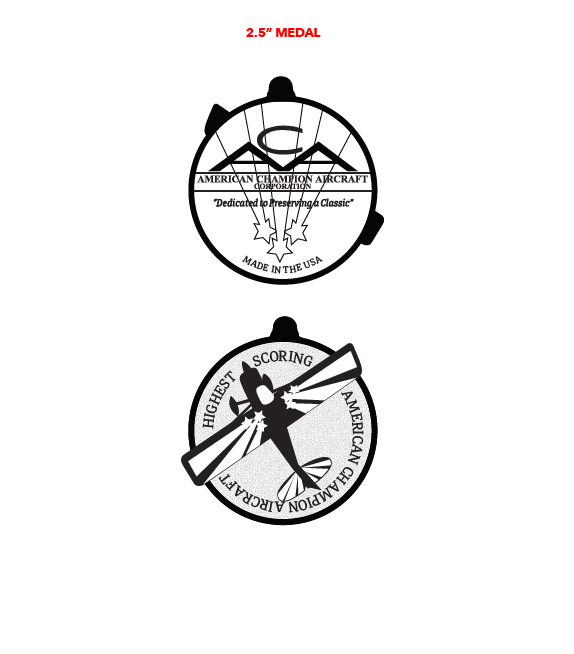