Stephen Kurtzahn will be joining the EAA/IAC team on Monday, October 28th as the new IAC Executive Director.  Steve will have responsibility over all IAC operations; including managing events such as the IAC presence at AirVenture and the U.S. National Aerobatic Championships. In the role, he will enjoy interacting with the IAC Board of Directors and building support for the IAC membership and IAC chapters while continuing to grow the relationship between IAC and EAA.

Steve is originally from Minneapolis, Minnesota, but has also lived in California, Washington, North Carolina and Texas. Steve and his wife, Sharon, currently reside in Fond du Lac, Wisconsin. Aviation has always been a part of Stephen’s life. His father was a pilot for Northwest Airlines and his brother recently retired from flying for UPS. Stephen has led several non-profit, volunteer organizations in his career. He has also worked as a stockbroker for two major investment firms. Prior to coming to the IAC, Steve was the Operations Manager for a local financial planning firm. Stephen is very excited for this new opportunity of working with IAC! 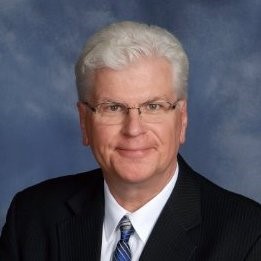 Please join us in welcoming Steve!