John Morrissey has been selected by the IAC Hall of Fame committee and the Board of Directors to be inducted into the International Aerobatic Hall of Fame. The official ceremonies will take place in Oshkosh, Wisconsin on Thursday, November 7, 2019.

In 1957, in Kansas City, Missouri, John Morrissey made his first solo in a Luscombe, sealing his passion for aviation. Within three years, he was commissioned as a Second Lieutenant in the United States Air Force, a week following his 21st birthday, August 8, 1960. 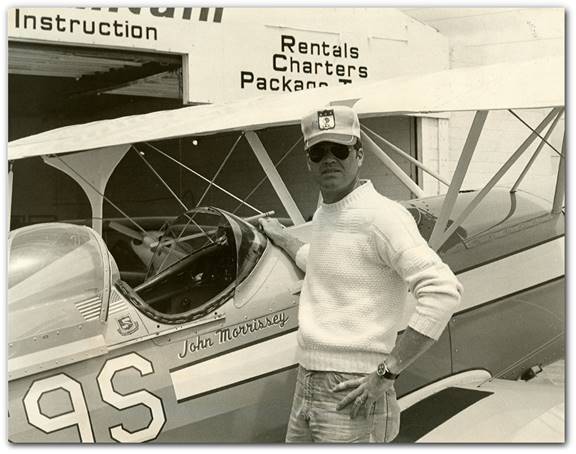 In the early 1990’s John began what is now nearly 30 years of specialized aerobatic training camps; training camps that have populated the winners podium at regional, national, and international contests. John served as the U.S. Unlimited Team trainer during 1992, 1994, and 1996. There is no individual in the IAC that has shaped as many aerobatic careers through his unwavering discipline of proficiency and aerobatic development.

The EAA Sport Aviation Halls of Fame ceremony takes place in the Eagle Hangar at the EAA Aviation Musuem beginning with a reception at 6 p.m., followed by dinner at 7 p.m. All are invited to attend the induction ceremony. Tickets are $50 each (plus $2.50 tax) and include the ceremony and full-service dinner. Questions can be directed to Jane Smith at jsmith [at] eaa.org.