Skip to main content
The World Advanced Aerobatic Championships are headed back to the USA in 2022 after CIVA delegates accepted a bid from the International Aerobatic Club and IAC Chapter 12 to host the 15th biennial event. Dates are set for October 11-22, 2022.
Duncan Koerbel, IAC 437649 and President of IAC Chapter 12, attended the CIVA plenary in Warsaw, Poland on November 10 to present the bid. The bid named Jean, Nevada as the contest site, citing the proximity to Las Vegas, Nevada as a key point of interest for international pilots and their families and friends. The Jean airport (OL7) is located 25 miles south of the Las Vegas strip.
Duncan put an enormous amount of time and thought into preparation of the bid and will serve as the event’s managing director. Knowing that the competition requires extensive travel no matter where it is held, the objective was to make the trip be about more than just the flying for the pilots’ families and support groups. Duncan and Chapter 12 weighed many factors, including weather, logistics, airspace, ground facilitates, international airline routes, accommodations, and affordability in selecting the site. Las Vegas is most economical due to hotel room costs being subsidized by the casino industry and is well served by many international air carriers. Additionally, the States of Colorado, Texas, California, and Washington have high IAC membership and hence volunteer support and aircraft rental is expected to be readily available.
The IAC board of directors approved the bid in October.
As a prelude to 2022 and as a shakeout of the site for the WAAC, Chapter 12 also plans to host the 2019 West Open Championships in Jean later next year.
The last Advanced world championships to be held in America were in 2008 at Pendleton, Oregon. 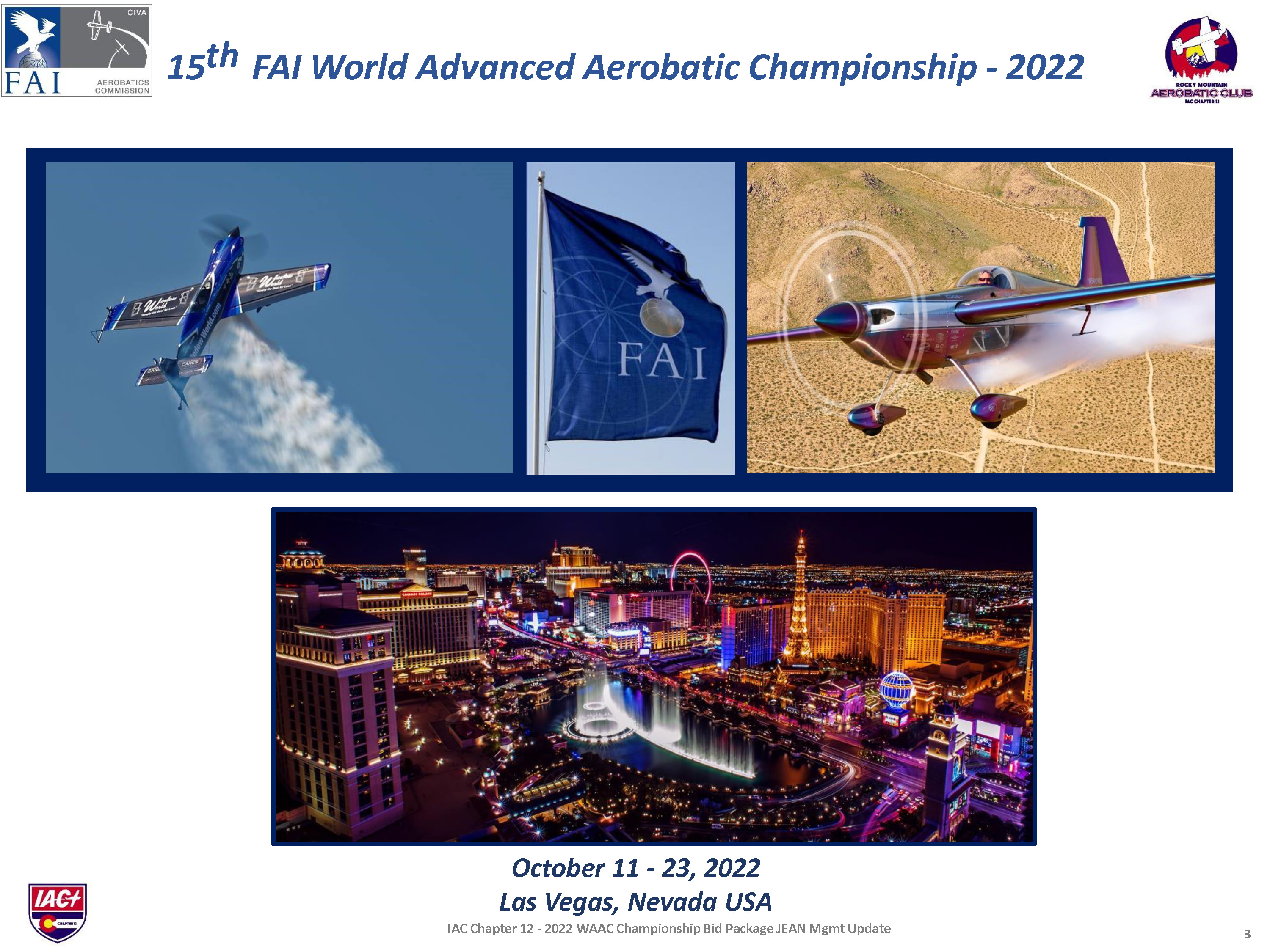