The following is an advance release of IAC President Mike Heuer's monthly column in Sport Aerobatics magazine for May. It describes the recent decision by the Board of Directors to move the US National Aerobatic Championships to Oshkosh in 2017:

"Since 1972, the United States National Aerobatic Championships has been held at what is now called the North Texas Regional Airport (KGYI). Up until 1971, the airfield was Perrin Air Force Base. After closing that year, it became the Grayson County Airport and first hosted the Nationals the following year.

My first Nationals was in 1968 when it was organized and sanctioned by the Aerobatic Club of America (ACA). I was there with my family as my father was flying Unlimited in our Ryan ST-A. It almost seems unreal today that pre-World War II antique aircraft made up a great number of the airplanes then used in aerobatic competition, though the Pitts S-1S had just appeared on the scene. From 1968 to 1971, the competition was held at the Oak Grove Airport in Ft. Worth, Texas.

The move to the Sherman/Denison, Texas area proved to be a successful one though the contest did stray away from that airport on a couple of occasions. The last time was in 1983 when the contest was moved to Mesa, Arizona for one year. It was back home again in Grayson County the following year and IAC has been there since. IAC took over the responsibility for running the Nationals in 1982 and have also selected US aerobatic teams to compete in world championship events in these intervening years as well.

The airport offers acres of ramp space, a nice runway layout, a full-time aerobatic practice area, and enormous ex-military hangars to house all of the contest aircraft. We have also had superb local cooperation from the chambers of commerce and airport management. Returning to the Texas location became a reunion every year with local friends and IAC members from across the country.

Because of its excellent facilities and potential for growth, the airport has become increasingly busy with itinerant traffic, local corporate jets, and a very active flight school that has hundreds of foreign students. At the last Nationals, this caused significant delays in flying those categories which have to come below 1,000 feet, namely Advanced and Unlimited. Flying in those categories had to be shut down while aircraft came and went. Though the tower cooperated the best it could, it was an unavoidable problem. At a meeting of contest officials last year with the airport management and tower people, it was announced that the airport expected a 15 to 18% increase in traffic in 2016. Considering the fact that one of our categories took seven hours to complete 26 flights last year, this was no longer acceptable. If delays are combined with bad weather, category flight programs would end up being canceled and our pilot members would not get their money’s worth. Everyone comes to fly, to judge, and to volunteer – not to sit around. Therefore, the decision was made to move the Nationals last year and we quietly went about exploring some locations.

In the end, we received bids from Muskogee, Oklahoma; Newton, Kansas; Union City, Tennessee; and Oshkosh, Wisconsin. Three of these four airports have held regional competitions in recent years and are well experienced and exposed to aerobatics. For example, Newton has hosted not only a regional contest but also opened their arms in 2013 to the French aerobatic team which practiced there prior to the World Championships in Texas. The French had nothing but good things to say about their wonderful hosts. Union City has hosted IAC chapter 27’s contest for several years and will be home to the East Open IAC Championships this coming summer. Oshkosh was home to the 2013 Oshkosh Air Maneuvers contest organized by Michael and Audra Hoy with IAC chapter 1. Oshkosh was also the site of the 1980 World Aerobatic Championships which was directed by one of IAC’s founders, Don Taylor. We had a lot to work with.

On March 19th, at our IAC Board meeting in Oshkosh, your directors reviewed all of the bids and voted by overwhelming majority to move the US Nationals to Oshkosh in 2017. The dates will likely be in late August or early September. That is yet to be determined.  It almost goes without saying that Oshkosh offers the best facilities for an aviation event in the world by virtue of its development over the last 45 years as the site for EAA AirVenture. IAC has invested heavily in upgrading our own pavilion there and it will serve as headquarters for the contest. The box will be over the airfield. We also plan other activities during the week such as evening social events at the EAA Nature Center and closing ceremonies and awards banquet at the EAA museum’s “Founder’s Wing” – the place where EAA’s annual Hall of Fame ceremonies are held. In the coming months, those plans will go forward and we will keep you up to date in these pages.

One of the best pieces of news I have is this – Gary DeBaun will be back as our contest director for the 2017 Nationals. Gary first served as the contest’s leader in 2015, is continuing that work this year, and has postponed a planned trip to Europe and will head up our Nationals operation in Oshkosh. Gary is a delight to work with, very experienced, and will help ensure we have a superb event.

My thanks also to Jack J. Pelton, EAA’s CEO, for supporting IAC and for the excellent cooperation we have received so far from the EAA staff. Their support is crucial to a successful event." 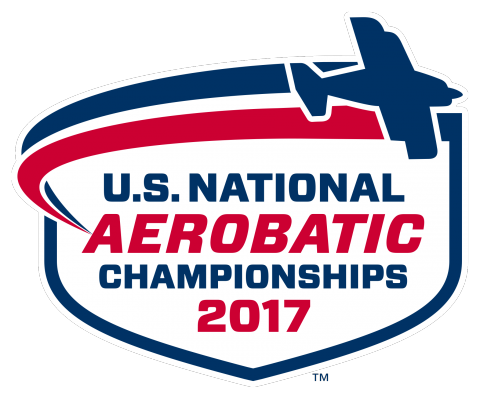