When it became apparent that most of the judges school sessions would be canceled this year because of COVID-19, judges program chair Wes Liu got together with some of his judge school instructors and found a way to put together an online version. The webinar took place on February 25, 2020.

Wes’ Rundown of the Event 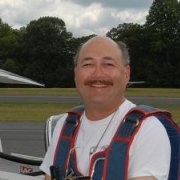 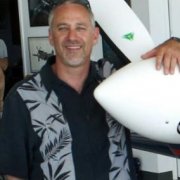 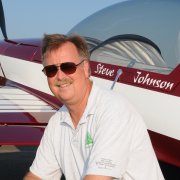 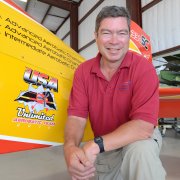 In early April, the current judges list had 82 names. As I write this, we have 100 current judges. My observation has been that many of our friends hold off on doing the exam until they see a contest coming up, but the webinar did prompt some to do the revalidation and currency (R&C) exam right away.

The biggest hurdle was mastering the technology.  DJ and I tried Zoom once with some IAC 35 friends, then the EAA GoToMeeting webinar with IAC 35 and IAC 12 friends. We then did another rehearsal using EAA’s GoToMeeting.

We discovered early that neither Zoom nor GoToMeeting could handle video originating from the presenter. That pushed us to putting the videos on YouTube and having the attendees flip over from GoToMeeting to YouTube watch a video, then come back to speak about the video.  The training included 18 videos.  Each video showed one figure, some done well, some done poorly.  The videos were copied from the IAC Nationals video library.

EAA, in the person of Timm Bogenhagen, provided great support for our webinar. The IAC webinar was the longest webinar that EAA has done to date. Most webinars are one to two hours.  I sent a note to Jack Pelton expressing our appreciation for EAA and specifically Timm’s help.

The response was very positive. I got enthusiastic comments from some of our friends who are more distant from a chapter.

One positive that I came away with is that with four presenters, the attendees got multiple perspectives on the art and science of aerobatic judging. This was valuable, as we do observe regional differences in the evaluation of competitor execution of figures and the subsequent awarding of grades.

Another positive is that the attendees were from all IAC regions from coast to coast, and having all of those volunteers exposed to the same presenter points of view helps those volunteers employ the same grading techniques and perspectives.

I will note that we had about five attendees who are not yet IAC judges. I was contacted a week or so before the webinar by each individual, and I informed them that if they completed the online training, they could participate. All did complete the online training, registered for the webinar, and attended. I will also mention that, as always occurs, I got some inquiries a couple of days before the webinar, and as you might guess, informed them that there was not enough time for them to prepare, and apologetically turned them away.

Historically, my observation has been that face-to-face classroom time has been the norm. We observed there were fewer questions during the webinar than we expected based on our experience with classroom sessions. This might be a negative, as in the typical classroom session, the group can view a figure on video and then have an interactive discussion of what was observed. We experienced much less of this in the webinar format. That said, this first venture into the world of webinars was a great learning experience, and if we do it again, we now have the knowledge to deliver an even better experience for the attendees. The future is really in the hands of the members who are IAC judges.

In this year of uncertainty, I encourage all aspiring judges to do the online training, the training videos and the judge knowledge quizzes. With that accomplished, when we get a contest season going, those candidate-regional judges can volunteer as assistant judges and be mentored to learn the art and science of judging. That will hopefully allow them to start 2021 with a judges school and immediately complete their certification to start the 2021 contest season. That will allow them to sit in the grading judge chair for the 2021 season.

I will offer another shout-out to DJ for being an important motivator to making the webinar happen. We both came up with the idea independently, but DJ’s contacts at EAA got us to critical mass for success.