What’s the Story with the Dice? 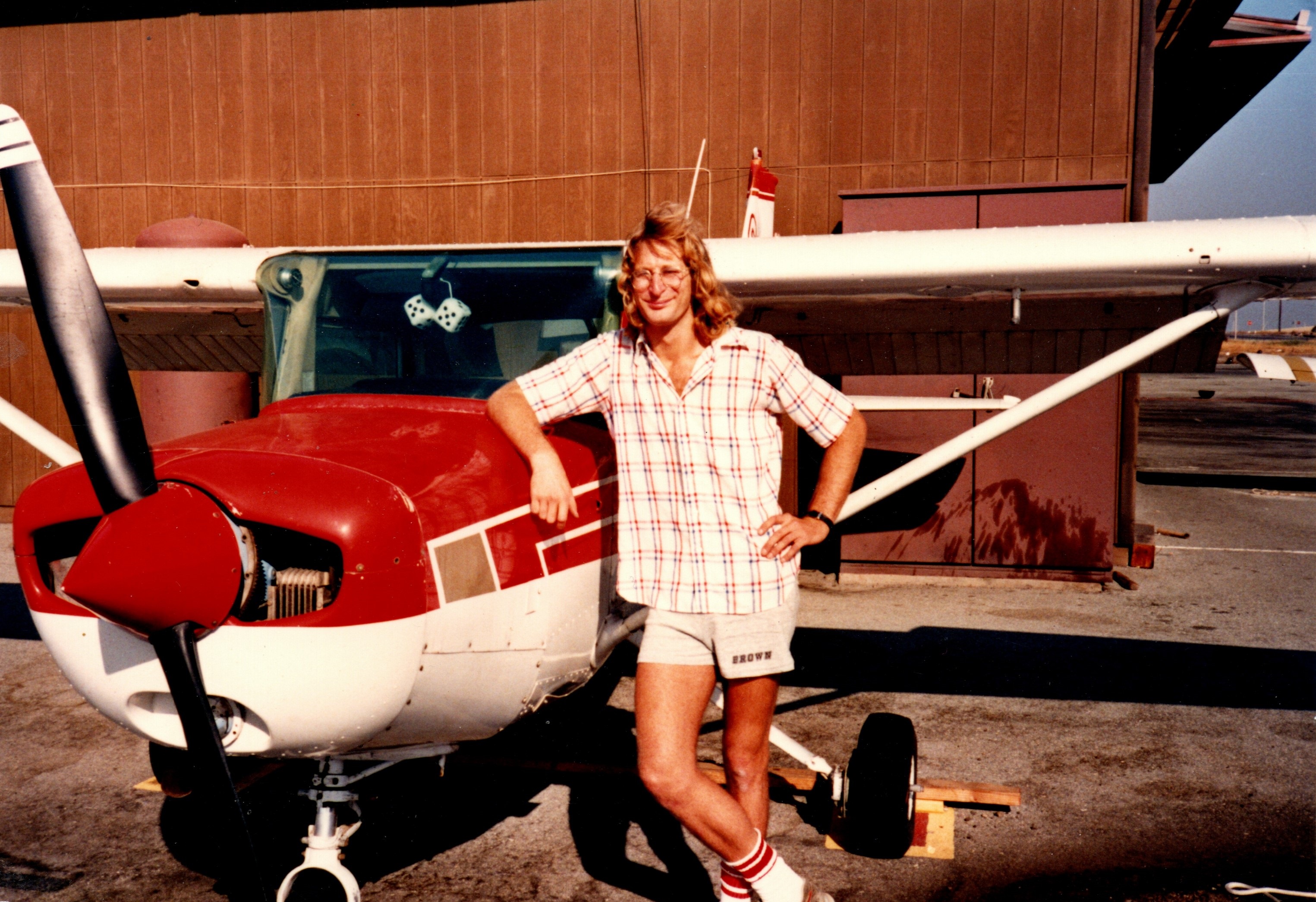 Before I flew, I was a rock climber. I started when I was ten. When I moved to California in my early twenties, I immediately started hitting the walls in Yosemite. What Oshkosh is to GA, Yosemite is to rock climbing. Think Mecca.

On one particular Yosemite road trip, we had stopped for gas in a small Central Valley town. The gas station featured a store with kitschy stuff that no one really needs, but buys anyway. As soon as I saw the ninety-nine cent fuzzy dice, out came my wallet. As soon as we got back out to my car, onto the rearview mirror went the dice. Fuzzy heaven.

The sight of four scruffy-looking individuals made even scruffier by days of climbing and camping must have attracted some attention, because we did not make it more than a couple of blocks from that gas station before we were surrounded by the local cops. By the looks of things, they were armed for bear. They thought they were about to nab the four biggest drug dealers in history. What became quickly apparent to them, though, was that they had nabbed four nerdy grad students, and the worst crime we were guilty of was harboring dirty laundry that could peel paint.

The police then got together and had a conference, and one eventually walked up to me with a ticket. Obstruction of View. Forty dollar fine. It was the fuzzy dice! When I asked the officer if I could just take down the dice, he got a strange look on his face that I immediately understood. “You can’t go back to headquarters empty-handed after all of this, can you officer?” He shook his head no. I stuck my hand out, accepted the ticket, and promptly took down my brand new $40.99 fuzzy dice. Home for the dice became my lab bench back on campus.

Fast forward a few years. I have graduated. I have a paid postdoc position. I can afford to learn to fly. Like many primary flight students, gaining my rudder coordination skills took some work. I was in the lab one day, happened to glance at the dice, and got an idea. At my next flight lesson, the dice were hung upon the windscreen-mounted compass of the Cessna 152, and I quickly learned to keep the dice centered without having to look down at the slip-skid indicator. Thus, was born a tradition.

I flew flying club aircraft over the next few years, so the dice saw only intermittent use. When I purchased my Stephens Akro, I finally had an aircraft in which I could permanently mount the dice. People buy aircraft for many reasons. I would hazard a guess that having a place to put one’s fuzzy dice is probably one of the more seldom-seen reasons. 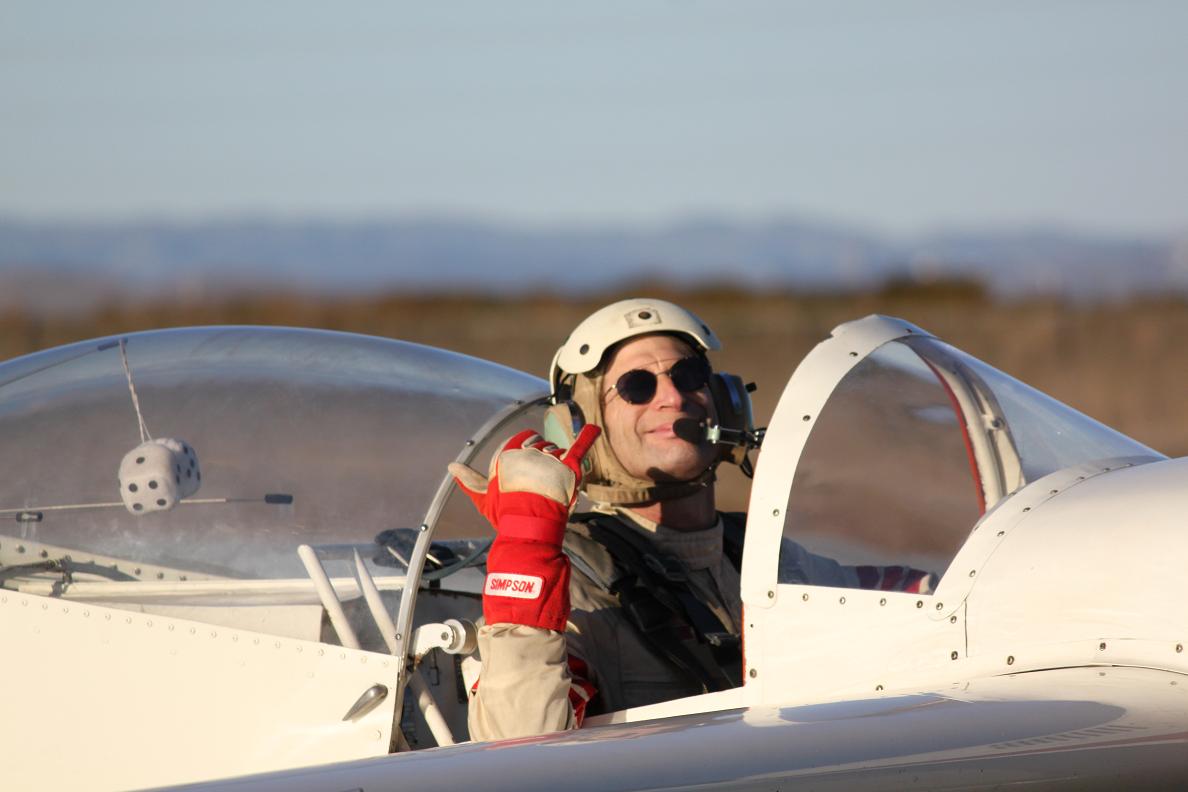 When I started flying the Akro at contests, it seemed like the dice got as much attention as the plane. The following spring at the Paso Robles contest banquet, I bought an entire case of fuzzy dice, and gave them out to everyone as volunteer gifts. They were a big hit, though I am disappointed to report that none showed up in other aircraft after that. Oh well. Like the old expression goes, you can lead a pilot to dice, but you can’t make them fly with them. I have a pair of those dice from Paso at home. They are hanging right above my computer as I type this. So, yes, I do have a pair of back-up dice in case anything happens to my original pair. That’s commitment.

I was president of Chapter 38 at the time. The waiver for our practice box at Tracy was issued by the Oakland FSDO. There were some issues regarding the waiver renewal, so I flew the Akro to Oakland for a meeting with the FAA inspectors to resolve the issues. Yes, the FAA was very different back then. We successfully resolved all the issues and got to talking about aerobatics. The inspectors knew of the Stephens Akro, and were very intrigued that I had one of the original three. Out to the ramp we went. Guffaws ensued when they spotted the dice. The inspectors both thought they added a great touch to the classicness of the plane. “Does this mean I can say that I have FAA-approved fuzzy dice?” “Absolutely!” I told you the FAA was very different back then.

Many years later, an FAA field inspector questioned the dice being in the plane at a contest at Redlands (SoCal). When I told him the story about the approval at the Oakland FSDO, he actually saw the light and let it go. Amazing.

One day, about fifteen years into my ownership of the Akro, I was out practicing. I had been flying the plane for so many years, it was like a second skin. The elevator feel was vaguely different that day. It was subtle, but it was real. I decided that this may be the early precursor to something more significant, so I ended my practice early and headed in to investigate. As soon as I got out of the plane, I knew what was going on. There was only one die hanging from the canopy. I think I may have become the first person in history to actually wear out a pair of fuzzy dice. Sure enough, I opened up the tail inspection covers, and there was the other die scrunched up into the elevator control arm to control horn linkage.

Fortunately, a fuzzy die does not possess enough mechanical rigidity to more than vaguely affect an Akro elevator control, but it was a very important lesson for me. I needed to be very cognizant of the soundness of everything in and on the airplane. No exceptions. To this day, anything that goes into or onto the plane does not do so without careful forethought. Also, everything in and on the airplane gets inspected regularly. No exceptions. Even the dice. Make that especially the dice. 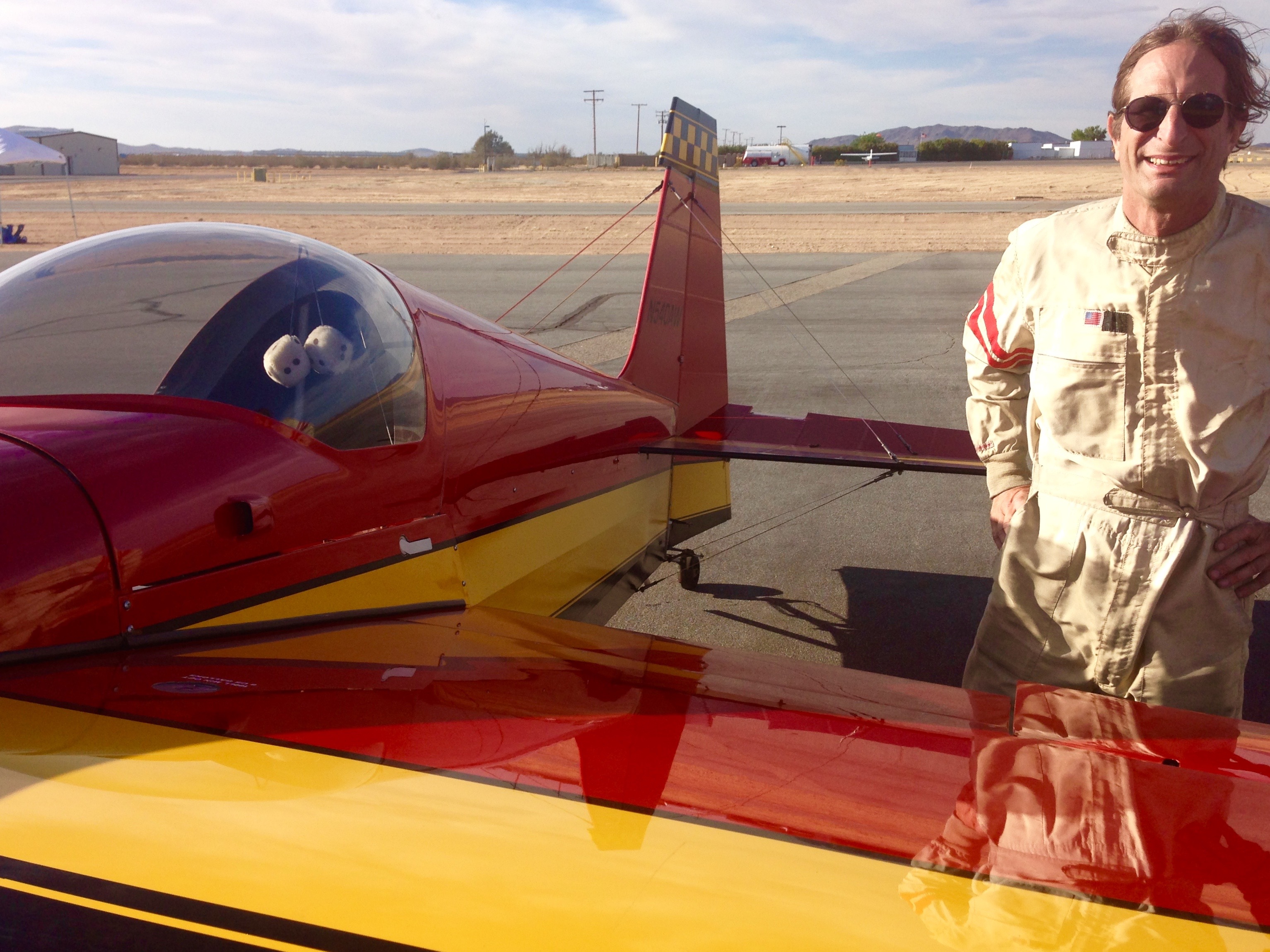 That left me with a unique and interesting task. How does one make a pair of fuzzy dice aerobatic-tolerant? The solution I came up with was to replace the string between the dice with a stout woven lanyard. I took the dice and lanyard to a local seamstress with an old-school heavyweight sewing machine. She got a real kick out of the story behind the task, and did a fantastic job of sewing everything together with practically indestructible seams. Ten years later, they are still going strong.

Before I could take the dice to the seamstress, I had another problem to deal with first. The dice were dirty. How does one launder fuzzy dice? Yet another unique and interesting task. Aerobatics does seem to create many of those, doesn’t it? I am now happy to report from personal experience that soaking fuzzy dice in Woolite and warm water works great. Rinse in warm water. Let air dry overnight. Works like a charm. All pips intact. What is a pip you ask? The official technical name for dice spots is pips. And you learned that right here in In the Loop, folks.

A few years later, I sold my Akro and bought my Edge. No, the dice were not part of the sale. Of course, the dice were going into the Edge. However, in the Edge, the dice now have a real and important purpose. No kidding. I will explain.

An Edge canopy opens by rotating up to the side. This means that with the canopy open, there is a risk of a wind gust or prop blast slamming the canopy back down. Obviously, I do not want that to happen. The dice have been carefully mounted so that when the canopy closes, if the dice are not pulled out of the way, they end up between the rear canopy lip and the turtle-deck. In other words, the canopy cannot come down with any impact because the dice get in the way. With the dice in the way, the canopy latching prongs end up a couple of inches above the fuselage latching jaws, so there is no way to accidently try latching the canopy closed without first getting the dice out of the way. In order to close the canopy, I rotate the canopy down with one hand while pulling the dice forward with the other hand. Very easy. Works great. One more risk mitigated.

My practice area is on the Pacific coastline. Every once in a while, when I am flying back home after a late afternoon practice, the sun is somewhat low in the sky and behind me at just the right angle to cast the shadow of the dice onto my control panel. What I do when that happens is a little coordination exercise with the ailerons and rudder. When I get the back-and-forth motion of the two controls about ninety degrees out of phase, I can get the dice to swing around and around and around in a circle. Yeah, I know. A boy and his toys.