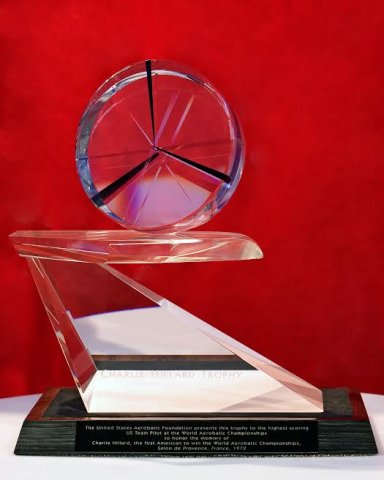 The purpose of the award is to recognize the highest placing American at the most recent World Aerobatic Championship.

The name of the recipient is received when the final scores from the World Aerobatic Championship is completed. The recipient's plaque is ordered by the Executive Director.

Recipient trophies are funded by IAC and consist of a laser cut plaque with a photograph of the permanent trophy set in the plaque.  The master trophy remains on display in the atrium of the EAA AirVenture Museum in Oshkosh, Wisconsin. The plaque is presented at the IAC Annual Gathering Dinner at EAA Air Venture.