The IAC Board of Directors invites members to vote in the 2020 Election for Club Officers and Directors. Balloting closes on Tuesday, July 21 at 6:00 p.m. CDT. Ballots must be received before closing to be counted.

A member may not vote in this election in person at the annual meeting; it must be done via electronic ballot.

A Presidential-appointed Ballot Certification Committee will tabulate the election results and announce the election outcome at the annual meeting of members on August 1, 2020. Due to the cancellation of AirVenture the Annual meeting will be held at Timmerman Airport in Milwaukee, Wisconsin at 2:00pm CDT.

By Order of the Board of Directors, 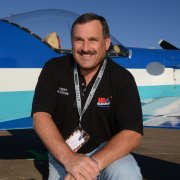 A significant number of changes have occurred in the IAC since I accepted the position of president and subsequently was elected by the membership. IAC members continue to communicate to me that I am moving in a direction they appreciate, and I hope you will agree.

Some of the notable activities and direction in which I have been instrumental are listed below:

My future plans include:

My background in aerobatics is deep. I began competition in 1982 in regional contests; enjoyed aircraft building, including the construction of my own airplane that I flew in international competition at the World Aerobatic Championships in 2001; served as the IAC director for the South Central Region from 2007 through 2012; and finally began to serve our membership as the president of the IAC from 2017 to present day. I have been involved in the mechanics of the IAC from the basics of grassroots through Unlimited competition and understand what it takes to be successful in your aerobatic journey. I am a believer in the all-inclusive aspects of our sport.

With your support, I would like to continue giving back to the membership as your IAC president, and together we will make a lasting impact for our organization.

Your vote is your voice of support, and I ask for your vote and continued support as president of the IAC. 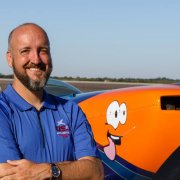 I currently serve you as the IAC membership chair, as a member of the IAC board of directors, and on the IAC’s government liaison team. I now ask for your support as I seek the position of IAC president.

My campaign is endorsed by national champions Patty Wagstaff, Jeff Boerboon, and Rob Holland. My qualifications include the following:

My commitment to you: Are you aware that the IAC has not called a meeting of the executive committee in over a year? We cannot drift along without attention to our important business any longer. I will fix this problem and many others. I have the time and enthusiasm needed to be an effective leader. I will communicate respectfully with all IAC partners and volunteers on your behalf. I will listen to concerns and apply myself to find real solutions.

My platform is simple:

1. We will push the FAA harder to meet the needs of aerobatic enthusiasts.

2. We will better leverage our relationship with the EAA to gain new members.

3. We will promote fair, safe, and joyful participation of aerobatics.

I promise a future where the burden of the past is lifted and where every IAC member trusts the leadership to listen and respond to concerns. Let’s work together and make it happen! 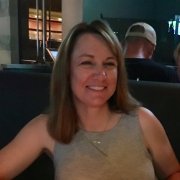 I am a candidate for IAC secretary, and I am asking for your support and vote.

Currently, I work at the Des Moines Airport in Iowa where I am an airport operations supervisor who oversees the daily operation of all tenants and verifies the airport is within compliance of the Part 139 certificate. In 2018, I founded the Heartland Chapter of Women in Aviation International, and to this day, I am president of the chapter. In October 2019, I was able to have the governor of Iowa sign a proclamation for the Girls in Aviation Day. At the 2019 Doug Yost competition, I was the assistant contest director and will be the 2020 contest director. In the 2020 contest year, I helped facilitate the new American Champion medallion that will be handed out for the next five years. During prior contests, I have been a recorder, line judge, and score runner.

I live in Iowa with my husband and three kids. In my spare time, I enjoy flying a Decathlon and competing in aerobatic competitions around the Midwest. 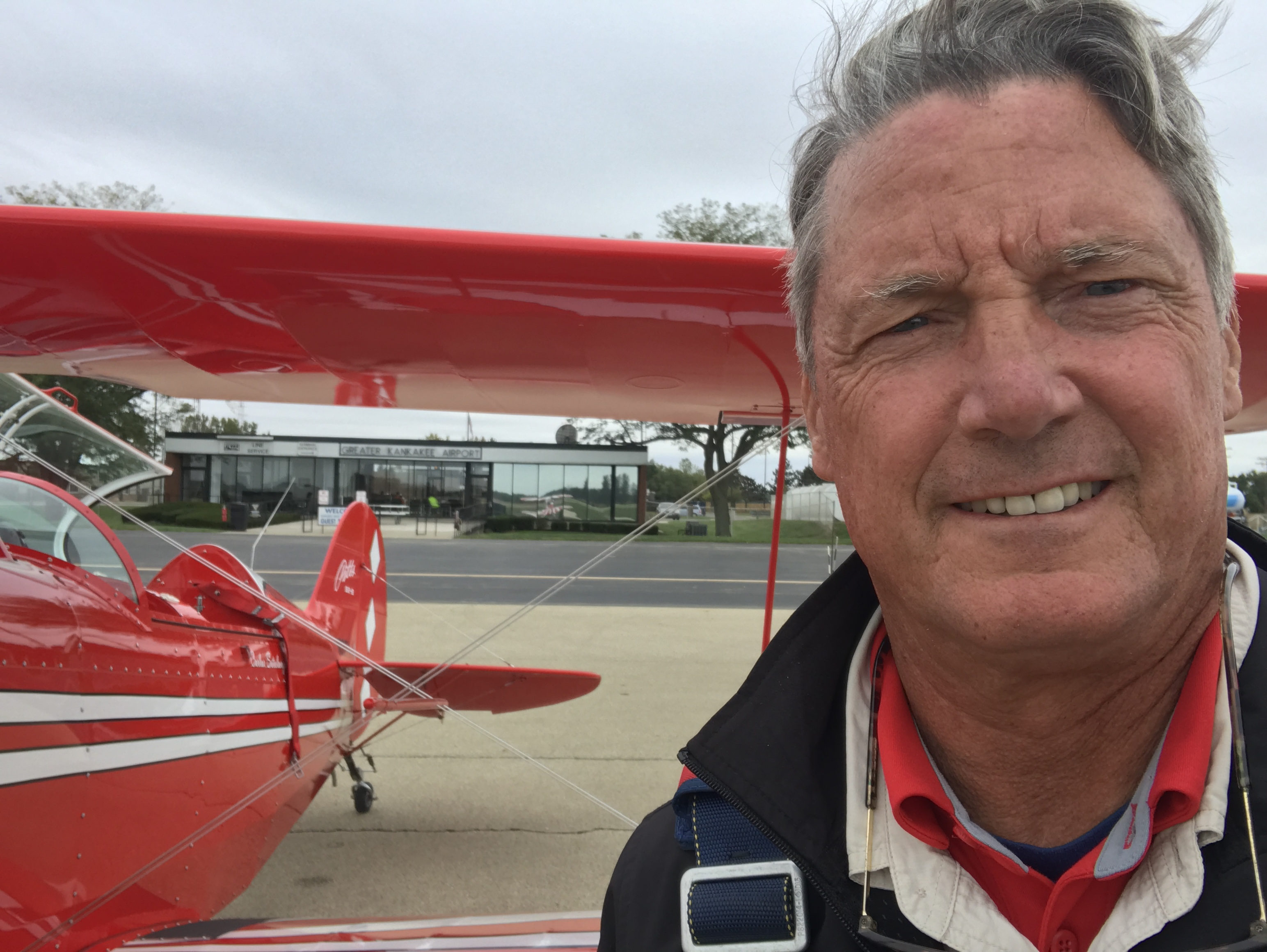 I am interested in supporting and furthering the efforts that have been put in motion to make IAC a more inclusive and welcome place for pilots, aspiring aviators, and generally anyone with an interest in sport airplanes and those who support them.

During 25 years of contest organizing with IAC Chapter 3 in the Southeastern United States, like many members I began in Sportsman with an older Citabria and competed later in a Pitts I rebuilt before flying into Advanced and eventually taking it to the Nationals. Like many of you, I judge and volunteer and give back as much as possible. Our club also works to appreciate the dedication of mentors and unseen support key members such as scoring directors and registrars behind the scenes in our local IAC chapters.

Our local chapters have seen how involvement with practice days is critical for growth. The benefit of hosting an annual judges' school with minimal cost and maximum fun and education as our goal has helped expand our core volunteers.

Acquiring a two-place Pitts years ago, our chapter has the goal of recruiting and keeping members active, which only happens if they can participate in some way. As with collegiate programs or aero club members, having a less expensive entry point available without initial maintenance concerns or lump sum outlay for an aerobatic plane helps lower the barrier for aspiring pilots. As such, promoting club activities with insured aircraft and safety pilots should be a goal IAC supports and improves.

If elected, I will have the goal of reinforcing the current IAC leadership efforts that work to be proactive in the broader pilot community — not only as a place for competition but also as a place to find a mentor, become better pilots, and most importantly, to enjoy the fellowship experience through the collective knowledge we have in over 50 years. 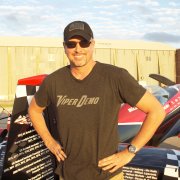 I’m asking for your vote so I can continue to represent the membership of IAC as a board director.

I have been a proud member of the IAC for 19 years. In that time, I have dedicated my life to the art and passion of aerobatics. Climbing the ranks from flying Sportsman to eventually earning a position on the U.S. Aerobatic Team, I’m a nine-time U.S. National Aerobatic Champion, and I also have been proud to represent my country at the World Aerobatic Championships many times. But through all that I have never lost sight of what makes this sport and the IAC great: It’s the people. If you’re a new Primary pilot, an Unlimited competitor, or just someone who likes to watch aerobatics, I will represent you to the best of my abilities. 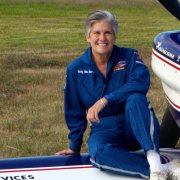 Ladies and gentlemen, I ask again for your support. It would be an honor to continue to be your representative on the IAC board of directors and to be a voice for all members, especially the grassroots members.

We have made a great deal of progress in the IAC the past few years, but there is still work to accomplish. The board wants to make the IAC strong, profitable, and a fun place where we can share, educate, and pass on our passion for aerobatics. We have addressed many issues in the past two years and have many great ideas and plans for the future to make our membership proud.

For those who may not be familiar, I will try to brief you on my background. I have been involved in aviation my entire life, being the third generation of aviators in my family. However, when I started aerobatics in 1978, my family thought I had lost my mind. I guess I had because now it is my passion. I began competition in 1980, and on a regional level, I have held many offices within IAC Chapter 25 (Houston, Texas). I have been a contest director for several regional contests as well as working all positions necessary during contests. Nationally, I have been a judges school instructor and am currently an active national judge.

I have been involved with international aerobatics since first qualifying for the U.S. Unlimited Aerobatic Team in 1983. I had the honor of qualifying for 16 U.S. Unlimited Aerobatic Teams and represented the United States in 15 world aerobatic championships over a 31-year period. Internationally, I have represented the United States as a delegate to CIVA.

My passion goes beyond just that of the IAC. It also includes teaching, coaching, mentoring, and encouraging and promoting aviation. I have owned and managed a fixed base operation since 1979, with an emphasis on aerobatics and safety proficiency training. My other jobs include being an FAA designated examiner, an aerobatic competency evaluator for International Council of Air Shows, and an air show pilot.

If reelected, I promise to continue being a voice for the membership. Being actively involved in all aspects and levels of the sport, I understand your concerns. Through business and competition, I have had many of the problems that each of you have experienced. There is much work to be done, but together we can make it the best aerobatic club possible. Let’s remember the fun of aerobatics.