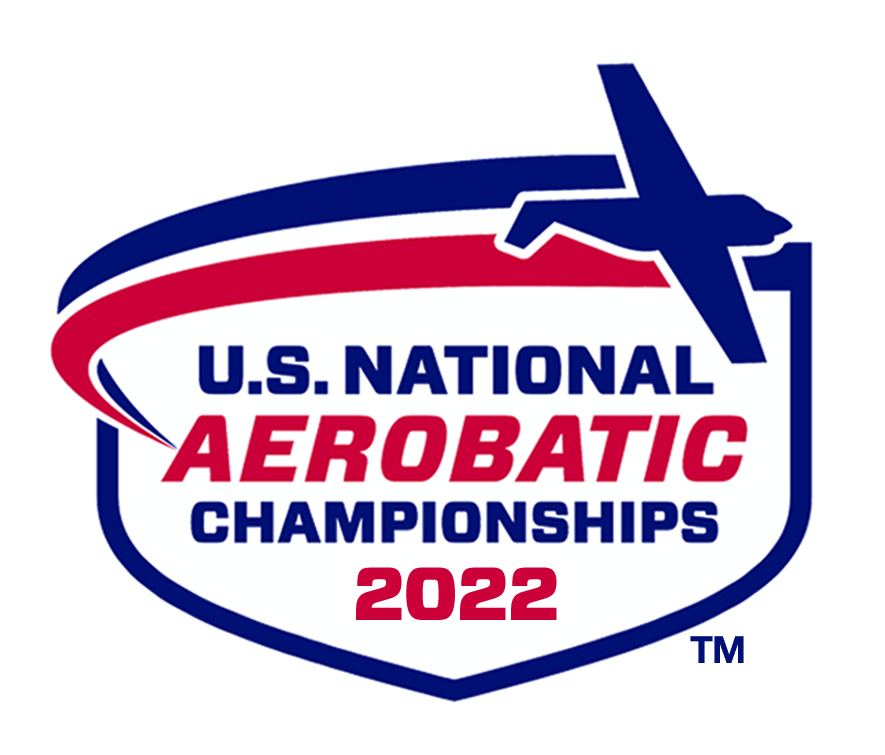 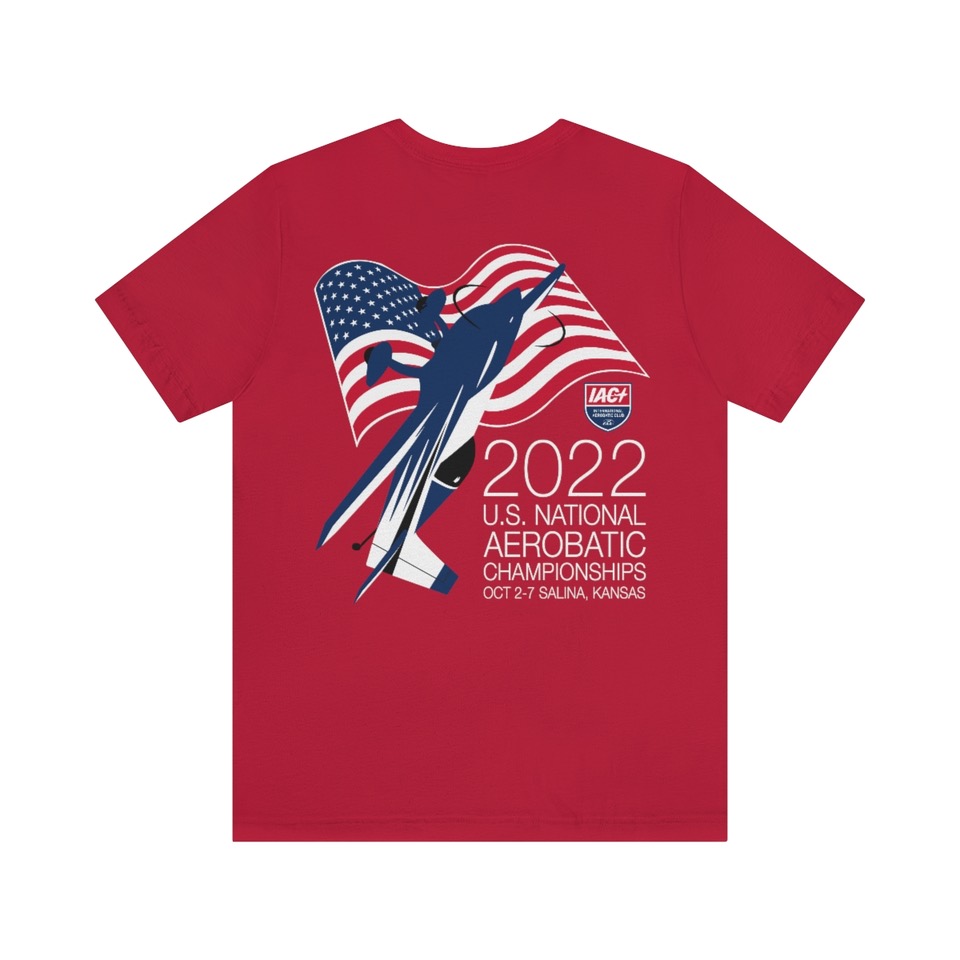 2022 U.S. National Aerobatic Championship pre-registration is OPEN!
Go to the contest listing page : https://www.iac.org/contests scroll down to the Nationals contest listing and click on the blue button that says, "Register".
We urge all pilots and volunteers to pre-register. This year there is a choice of short or long shirt t-shirts. So, we need a good count to ensure you received what you request.
Please note; Entry fees must be paid to secure the practice slots. The 10-minute practice slots are on Friday, Sept. 30 and Saturday, October 1 between the hours of 0730 and 1900 CDT. You may only hold one slot on Saturday.
If you have any questions about online registration, please direct your question to Lorrie Penner at editor [at] iac.org
Any questions or challenges to reserving a Practice Slot should directed to Brennon York at webmaster [at] iac.org
Bulletin No. 1
May 11, 2022
By Mike Heuer, U.S. Nationals CD
Bulletin No.1 is attached here. We are looking forward to returning to Hangar 606 for home base. Information about practice days, arrival, and ramp operations are covered as well as contest fee information. Other items of note are below.

I will be publishing additional bulletins as time goes on and planning continues.

US Nationals 2022 - Bulletin Nr. 1 - 5 May 2022.pdf
NATIONALS PLANNING PROCEEDS
January 25, 2022
By Mike Heuer, U.S. National Aerobatic Championships Contest Director
Planning for the 2022 U.S. National Aerobatic Championships is proceeding ahead and really hardly stops after the championships is completed each Fall. Lessons are learned, new rules are implemented, policy is revised, and officials chosen. I was approved by the Board of Directors to serve as Contest Director in 2022.
The dates of the 2022 event are different than our traditional timeframe. The Nationals will be held on Sunday, October 2nd, through Friday, October 7th, with our awards banquet and ceremonies that last night. Please mark your calendars.
In my five-decades long career in aerobatics, this will be the first time I will direct the Nationals but not the first time I have headed up a large event. I was Contest Director for the IAC Championships in Fond du Lac, Wisconsin for three years in a row; a contest of equivalent size to the Nationals. That said, the Nationals has its own complexities and this year, we will be choosing a U.S. Advanced Aerobatic Team to compete in Las Vegas in 2023 and will be flying both power and glider categories as we have for many years.
My first task was to begin assembling a team of officials, which we call the Key Volunteer Group (KVG). Fortunately, for me, as well as many past Contest Directors, we have experienced and seasoned volunteers who have served in their roles at Nationals in the past and can step in and continue to do a great job.
The Chief Judges are one of the first to be recruited and I am pleased to announce that all four Chief Judges have served at Nationals in the past. Unlimited Chief Judge will be Hector Ramirez; Advanced Chief Judge is D.J. Molny; Intermediate Chief Judge is Peggy Riedinger; and joining us from Great Britain once again is Nick Buckenham who will chief Primary and Sportsman categories. Incidentally, Nick has been a member of IAC since May 1989 and even competed at the Fond du Lac championships in the early 1990’s. He currently serves as President of the FAI Aerobatics Commission (CIVA).
If you come to Nationals as a competitor and after parking your airplane, the first people you should see will be our Registrar, Liza Weaver. Liza has also served in this job for several years and will process your paperwork in the offices in the hangar. Our Chief Technical Monitor, John Ostmeyer, will be the next person you should see, who will complete the technical review of your aircraft.
Sunday will be a busy day, though flying will not start until 12:00 pm. The general briefing and pilot briefing for the categories to be flown on Sunday is planned for 11:00 am that day as well as our Opening Ceremonies. Since it is team selection for Advanced, their Known flight program will be first up.
The rest of the Schedule of Events will be announced as we fine-tune it for 2022. We also will publish Nationals Bulletins from time to time, with the first coming no later than March. 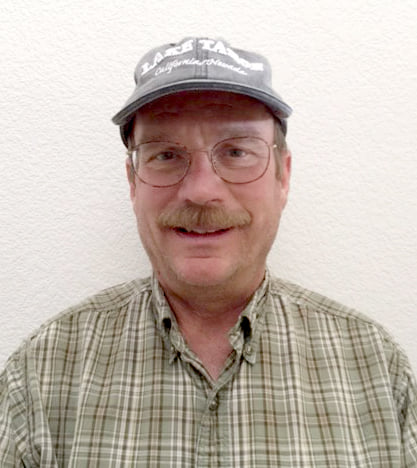 The IAC Executive Committee met via a Zoom meeting on January 18, and approved Bob Meyer to be the Chair of the Jury for the 2022 U.S. National Aerobatic Championships.

Bob has considerable experience in jury work and has headed the Nationals Jury on several occasions over the last few years. An active IAC member since 1975, Bob competed from shortly after he joined up until 2005. He now serves a judge and jury member at regional competitions as well and hails from Tehachapi, California. 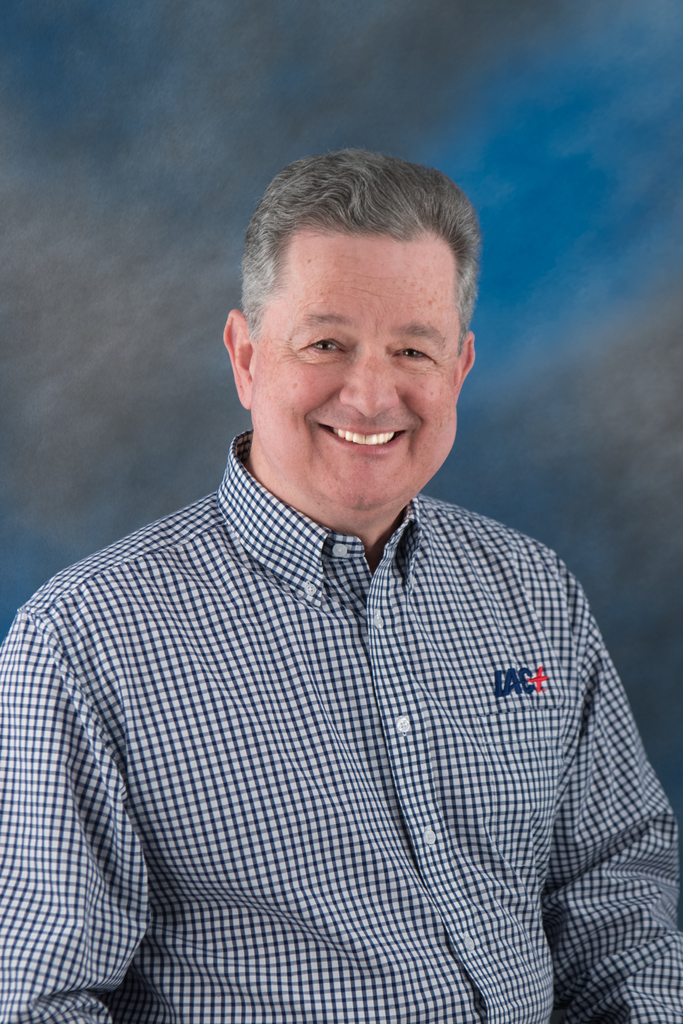 Mike’s aerobatic career started in 1965 when he attended the Antique Airplane Association’s annual fly-in in Ottumwa, Iowa and witnessed one of the few aerobatic contests that were in existence at that time. It spurred him on to learn aerobatics and he flew his first contest in Monroe, Louisiana in 1968 in a Ryan ST-A. Over the years, he competed in Sportsman through Advanced categories in a Pitts S-1S, Pitts S-2B and an Extra 230.

In late 1969, Mike’s father Bob Heuer and some of the other area United Airlines pilots decided a new aerobatic club was needed in the country and the term “grassroots aerobatics” was coined during early discussions. Bob was the first IAC president remaining in office for two terms. When he announced running again for president, Verne Jobst was talked in to serving as president. Much to Mike’s surprised he was nominated to be Verne’s vice president at the IAC annual meeting.

Since that time Mike has served as IAC president from 1981 through1990 and again from 2014 to 2018. In 2001 Mike was inducted into the IAC’s International Aerobatics Hall of Fame.

An airline pilot for nearly thirty years, he retired in 2007 and devoted most of his time since to IAC and sports aviation activities and served as President of CIVA for 26 years as well. He has served on the IAC board as President, Vice President, and Treasurer for over 17 years. He also served as Sport Aerobatics editor and as Executive Director for a time.

Mike has continued his work as IAC’s historian. He brings with him previous U.S. Nationals experience when he served as the Assistant Contest director in 2018 for the U.S. Nationals which were held in Oshkosh, Wisconsin. Mike has the full support and encouragement of the IAC board of directors and the club is looking forward to a successful event in October 2022.

Updates and details can be found on the Nationals webpages here: www.iac.org/nationals